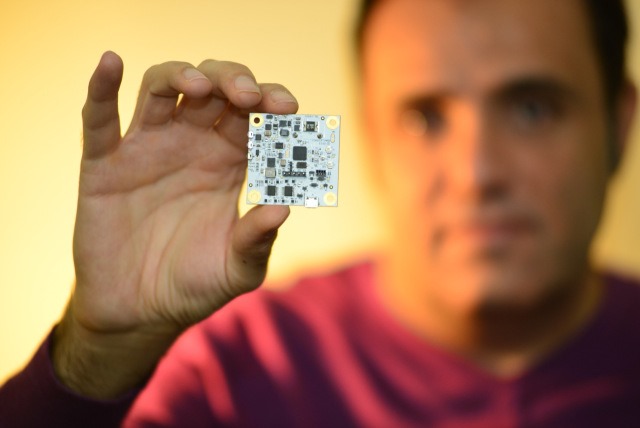 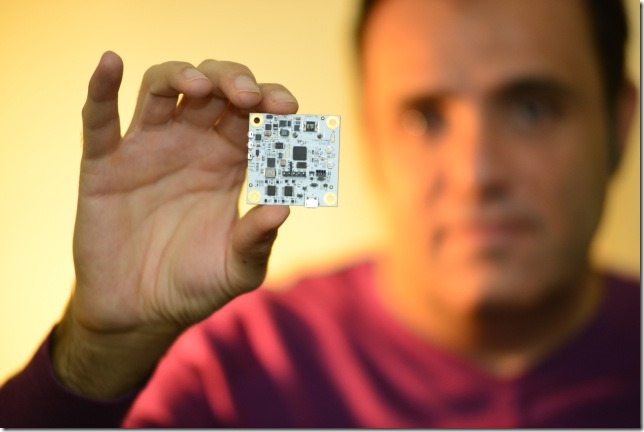 It all began when Nokia first announced its Lumia Windows Phones with the ability to be charged wirelessly. The Nokia had used Inductive charging technology where the transmitter coil on the charger generates a magnetic field used by the device for charging, but wistfully, your Phone must be placed stationary on the charging pad to be charged sleekly, one of the inadequate part is that, you could charge only one phone on a single wireless charging pad at a time.

It is clear by now, that most of these so-called wireless charging solutions still require your phone to come in contact with a base station in one way or the other, which, in case of “Cota” is not true.

Cota – by Ossianic — is a technology that intends to power your mobile phone absolute wirelessly, with no physical contact to any device or a base station, what so ever. Hatem Zeine, the CEO of Ossia, illustrated the technology to the audience at TechCrunch Disrupt, when he managed to favourably charged his iPhone when plugged with a Cota prototype.

It may appear to be the sorcery at first, but Zeine didn’t take so long to unravel the mystery behind this conspicuous phenomenon. This is the overview of how it works.

The Cota prototype sends a magnetic charge over the frequency spectrum of 2.4GHz. It merits mentioning that this is indeed the same frequency spectrum that is used by WiFi and the Bluetooth. The utmost preferment in this wireless charging technology is that, you will not have to concern about the human safety, since only one watt of power is transmitted, that is one third of what the cell phones transmits already.

The CEO, Hatem Zeine also stake out a claim that one station can power multiple devices at once, and it works just like a WiFi hotspot, you will have the authority to only allow certain devices to charge-up or simply keeps it unrestricted so that power is available to all Cota-enabled handsets within the certain range, which is about 30 feet.

Cota by now is evidently in the decisive stages from FCC approval, and the company is in correspondence with manufacturers to incorporate the technology in consumer devices by 2015. Despite Ossia plans to have its own hardware, It is open to accrediting the technology to other organizations as well. Zeine explained that, the technology can be bundled in USB dongles or built directly into the handsets.