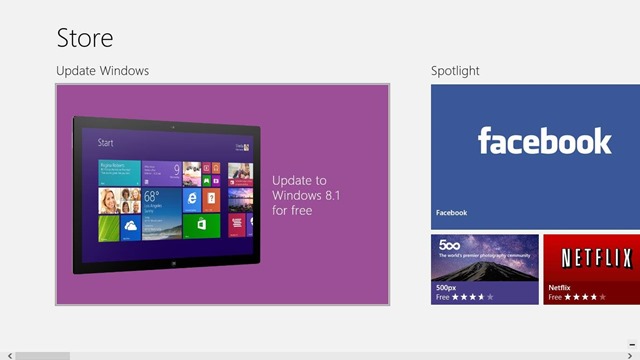 Microsoft has started to roll out the “Blue” Windows 8.1 update for Windows.

Also brought home is the option to reboot directly to the Desktop. Windows 8.1 has also been put up on retail for $120 and $200 the Home and Pro versions respectively.

The Windows RT 8.1 update, however, is pulled from the store after reports from users who were reportedly experiencing some issues.

If you own a Windows 8 device, then you too should look for your update on Windows Store (in the apps).

Upgrading to Windows 8.1 from Windows 8 is absolutely free. Such free deals can’t possibly get better.

Download file is around 3.63 GBs, so make sure before getting started that your internet connection is doing well. Just to mention, you can pause, resume or cancel the up-gradation process at any time.

There are some things which one feels should’ve been a part of the experience right from the beginning but this latest update should fill the voids left by the original quite well.