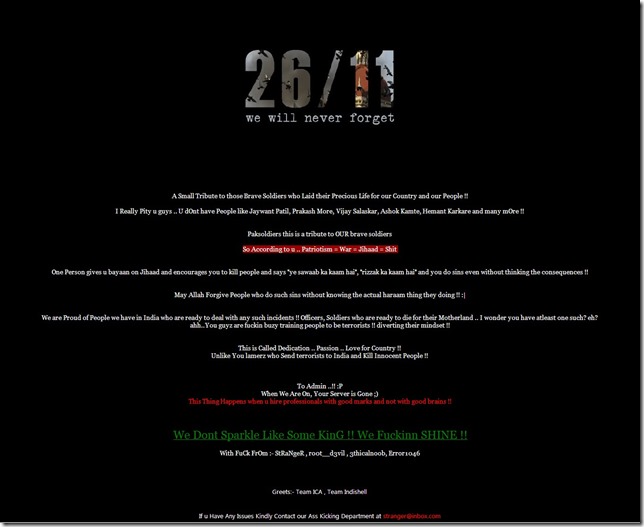 Country’s top Military blog, PakSoldiers.com has been hacked by Indian Cyber Army, apparently to commemorate the anniversary of Mumbai Attacks.

Hackers, claiming the responsibility of the hack said that they are part of Indian Cyber Army and defacement of PakSoldiers is a tribute to solders and citizens who lost their lives during 26/11 incident in Mumbai.

This has happened despite the fact that Indian Government was exposed for allegedly staging the Mumbai Incident to formulate anti-terrorism laws.

PakSoldiers is an award winning platform for Military affairs and related resources.

Ghulam Sarwar, the Editor and Found of PakSoldiers confirmed ProPakistani that they are in process of restoring the website. It is still unclear if any data is lost or not.

It is assumed that Hackers exploited a notorious bug in VBulletin to get into the servers.

Here is the defaced screen: