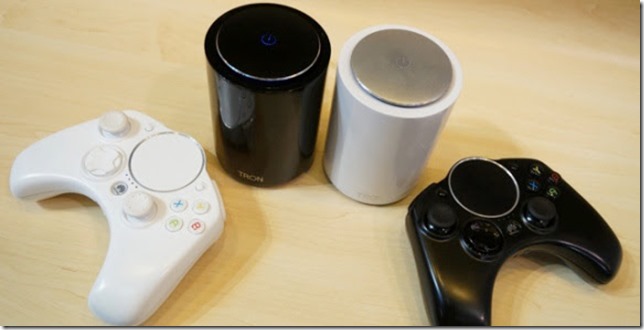 Huawei has entered the lower-end game console market with its first game console, the Android-running Tron. The sci-fi name blends with its high-tech look quite well and is announced right after its home market, China, lifted ban on the gadget category.

Running on Android version 4.2.3, the Tron comes with a Tegra 4 processor, 2 GB worth RAM, 16/32 GB internal storage Wi-Fi 802.11ac, Bluetooth 3.0 for connectivity with up to four controllers, a full-sized USB 3.0, cable interface and HDMI for TVs of up to 4K resolution.

What is it that makes the Tron, yet another entry in the saturating but uninteresting Android gaming market, stand out? The answer lies in its openness for platforms other than Android, including the PC, PSP and Nintendo DS, from where further games will be coming in the near future. There are only 12 games supported right now.

The controller has taken a bit of an inspiration from the Xbox 360/One controller, which is OK because most of these things have too. Its main attraction is the large circular trackpad right at the top which may not be too helpful for ergonomics. Alongside it are four buttons, two analog sticks and trigger.

As for the pricing, the Tron will be available for $120 when it will be released this May. With that price tag tag, it surely isn’t competing with the likes of Xbox One or PS4 but rather with major Android hits like OUYA.