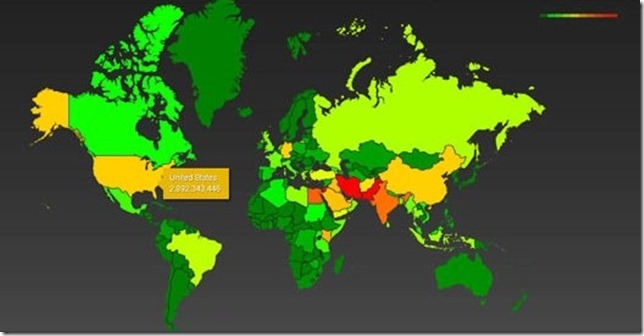 Lt. Gen. Kjell Grandhagen, Norway’s military intelligence chief, admitted the fact that his country monitors and intercepts voice calls from around the world and shares them with the allies, including the United States.

Spy chief said that his government doesn’t carry out any sort of surveillance in Norway, however, all the surveillance efforts — involving interception of millions of calls – are carried out in conflict areas around the world.

These revelations were made after NSA surveillance program was unearthed by Edward Snowden.

According to leaks shared by Edward Snowden, Pakistan remained top 5th target of US National Security Agency for spying and surveillance. Estimates suggest that 13.5 billion phone calls and emails from and with-in Pakistan were intercepted by NSA and its allying agencies.

It merits mentioning here that Norwegian government – that helped NSA in spying communication in various countries – has 54% shares in Telenor Group that operates in major Asian markets including Pakistan.

When asked if Telenor Pakistan assisted Norwegian Military Intelligence in intercepting communication of Pakistani Mobile and internet users, the company refuted the possibility.

Telenor Pakistan instead said that is a responsible corporate citizen and follows the laws of Pakistan diligently. Telenor said that access to its network is only provided as per the local law, regulations and directives stipulated by the government, judiciary and the regulator.

It is still unclear that how Norwegian Military Intelligence intercepted telephony and internet communication outside Norway.

Telenor Pakistan said it can not cannot comment on the actions of the Norwegian Armed Forces.