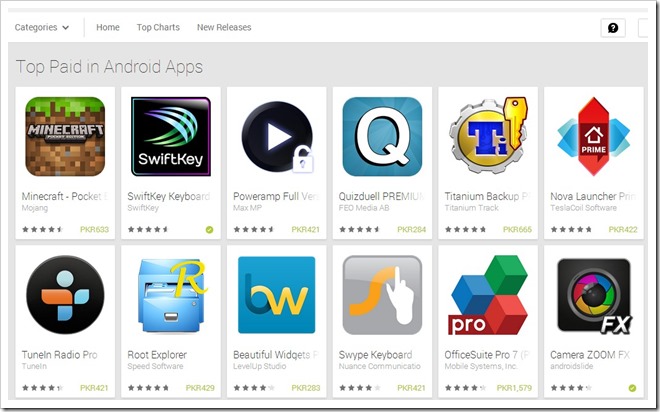 Google has included Pakistan in the list of supported countries for showing local currency for Google Play products.

After this, Google’s Play Store is now showing prices for apps  for users in Pakistan in Pakistani rupees, which will mean that Pakistani users can now make regular app purchases and in-app purchases in local currency.

Move will not only benefit users but will also let the local developers to set the prices for their apps in local currency.

Google – according to its support page – will deduct app prices in local currency for any purchases made in Pakistan regardless of developers’ default Price and Currency.

With local pricing, users will be able to save currency conversation charges. Minimum price for any app on Play Store is set at Rs. 105 and can go up to Rs. 21,000.

Android Users in Pakistan have confirmed ProPakistani that they are already seeing prices for apps on Play Store in Pakistan rupees.