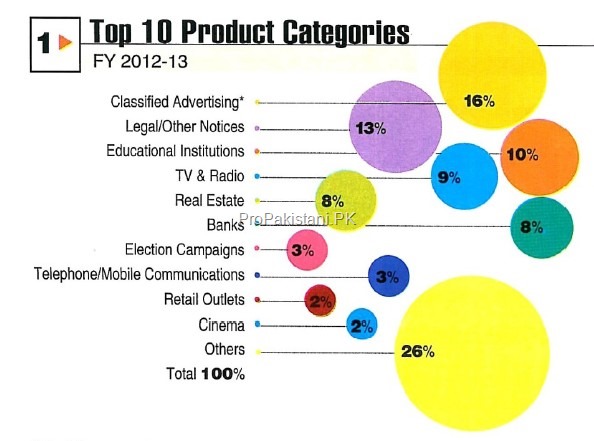 Telephone/mobile communications companies, which include cellular operators and mobile manufacturing companies, tops the spending list on television advertisements for the Fiscal Year 2012 – 2013, revealed a recent report published by Gallup Pakistan.

Gallup Pakistan is affiliated with Gallup International, which is amongst the world leaders in marketing research and consultancy.

The report, which was released and published in collaboration with Dawn Group’s Aurora Magazine, reveals that telephone/mobile communications accounted for 23% of total Rs. 27 billions that were spent on television during the Fiscal Year 2012 – 2013.

This figure was a staggering 17% higher than the second placed product category of carbonated soft drinks, which accounted for 6% of advertisement spending on television during the period under discussion.

These findings can be seen in more detail in the chart below.

The report further divides television spending into News and Business channels, Entertainment channels, and Cooking channels. While telephone/mobile communications tops the advertisement spend for Entertainment & News and Business channels with 23% and 25% spending share respectively, it understandably drops to third place with 7% market spend on Cooking channels.

When looking at specific companies, PTCL, Mobilink and Telenor Paksitan take the second, fourth and sixth spots respectively on the percentage of spending on television; with PTCL at 6%, Mobilink at 5% and Telenor Pakistan at 4%.

More details are provided in the info graphic below. 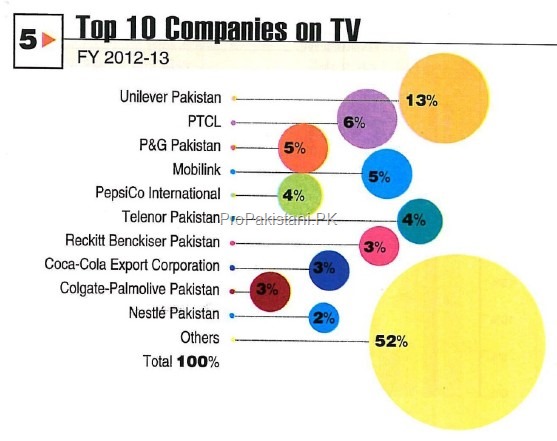 The research also shows that cellular operators and mobile manufacturing companies concentrate on directing their advertising budget towards News and Business channels; as they occupy five of the top ten slots in this category of channels.

These companies include PTCL (6%), Mobilink (5%), QMobile (3%), Telenor Pakistan (3%), and Warid Telecom (3%). The bar chart below shows that PTCL’s spending has decreased as compared to the previous year while QMobile’s spending has increased during the Fiscal Year 2012 – 2013. 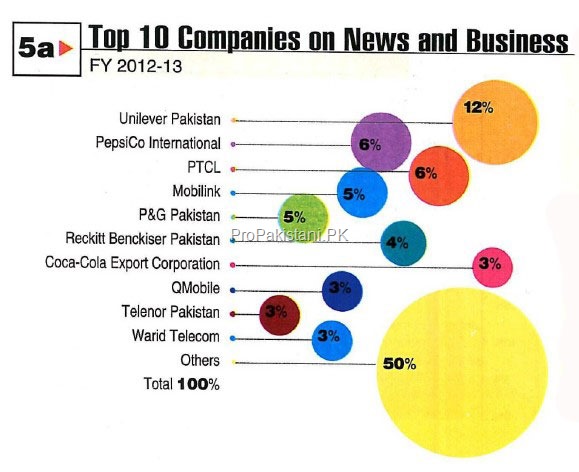 PTCL (6%), Mobilink (5%), and Telenor Pakistan 5% take the second,  fourth and fifth spots respectively in the Entertainment channels category. Out of all the telephone/mobile communications companies only China Mobile (3%) and PTCL (3%), occupy the seventh and ninth position in the Cooking channels category. 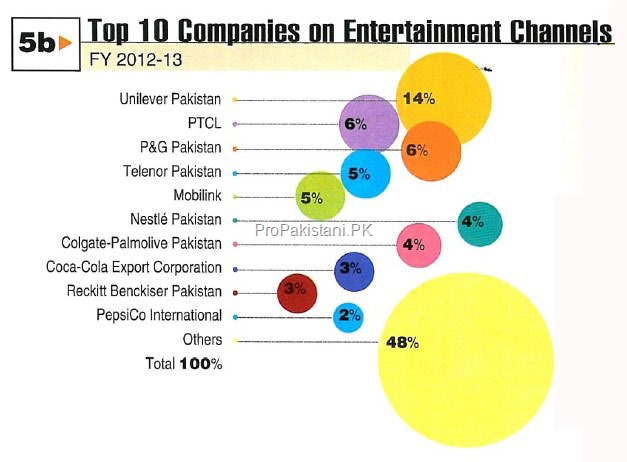 According to the findings of the report PTCL’s share of spending on television has decreased across the board during the Fiscal Year 2012 – 2013, as compared to 2011 – 2012.

When we look at brands being advertised on television, Telenor Talkshawk and Ufone take the sixth and seventh spot respectively, with 1% market share each. While Telenor maintained their spending, which was 1% in the previous year as well, Ufone saw a dramatic decline in their spending which stood at 3% market share during the Fiscal Year 2011 – 2012. 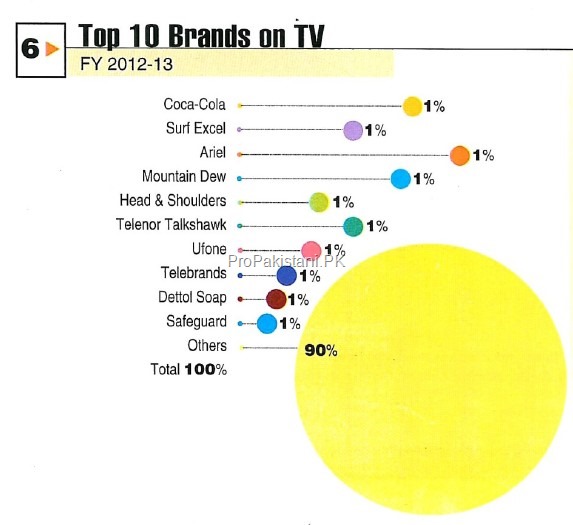 Telenor Talkshawk and Ufone also take the second and third spot as the Brands spending the most on Entertainment channels with 2% and 1% share respectively. Zong Flutter sits in the eighth position as the highest spending brand on Cooking channels with 2% market share.

Ad Spending by Telcos in Print

Shifting our focus to the print media we find that telephone/mobile communications companies account for only 3% of the total market spending. This is a decline of 1% as compare to the previous year; while during Fiscal Year 2011 – 2012 this decline was 3%.

One of the primary reasons for this decline is the growing reliance of cellular operators and mobile manufacturing companies on digital and specifically social media. More and more companies are shifting their print media budgets towards online marketing through social media platforms.

As expected, PTCL takes the second spot in the top ten companies spending in the print media with 2% (dropping down from 3% in the previous year) of the overall spending.

In the top 10 brands category, Ufone (Corporate) sits at the tenth position with 1% of the overall spending.

You can find the detailed report by clicking HERE.