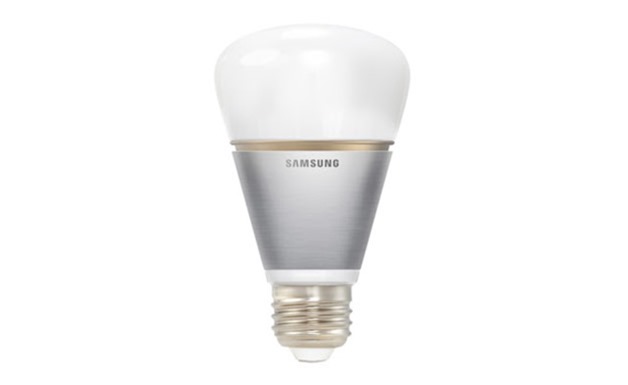 Samsung, known for experimenting with tech, has come up with its own competitor to LG and Philip’s intelligent bulbs with its “Smart Bulb”.

The bulb is activated via a smartphone app, which can simultaneously give you command over 64 such LED bulbs.

Connectivity is done via Bluetooth, unlike LG’s bulb which is both Wi-Fi and Bluetooth controlled.

The announcement comes only days after LG announced its own take on the intelligent bulb. That one comes with both Wi-Fi and Bluetooth connection, and is more feature-rich, since it can pulse to a music beat, flash at a phone call and light up to give the illusion to outsiders that you’re at home when you aren’t.

And it costs $32, a substantial sum more than competing LEDs. But then those aren’t Bluetooth-controlled and don’t have the LG (or Samsung) logo.

Samsung hasn’t unveiled the price of the thing right now but it should cost less. Don’t forget to share your thoughts on the thing. Are you interested?