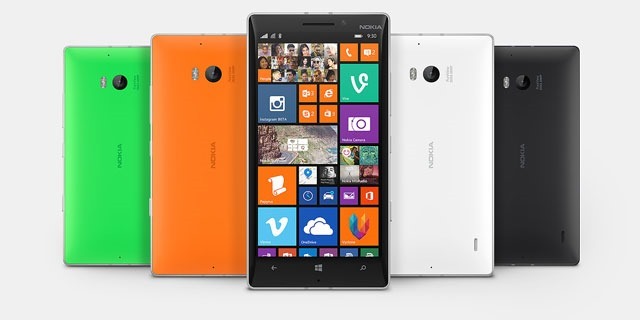 Nokia has finally pulled the cover from the new Lumia 930, which is, along with the Lumia 630 and 635, the first phone to run Windows Phone 8.1. The phone comes with a 5″ display, a 20 MP Pureview camera and a Qualcomm Snapdragon processor.

The ClearBlack AMOLED display panel, as you would expect, comes with a Full HD 1080 x 1920 resolution and Super Sensitive Touch. The screen comes with impressive pixel density of 441 ppi and is Gorilla Glass 3-protected.

Under the hood, you get a 2.2Ghz quad-core Qualcomm Snapdragon 800 processor with 2 GB RAM and 32 GB non-expandable internal storage.

At the back lies the main attraction: a 20 megapixel PureView camera Nokia has already used multiple times, with OIS, 1/2.5″ BSI, f/2.4 aperture and LED flash. It also comes with a few Nokia-specific tricks including the usual plethora of apps plus the capability to capture a 5 mp shot along with a full res. image.

Of course, the OS is also a main feature of the Lumia 930, since it is the world’s first phone to run the much-awaited Windows Phone 8.1. A new feature called “Living Images” combines all photos and videos under Storyteller and adds background music.

Like Apple, Nokia is also getting really serious about fitness tracking and its new line of phones come with an integrated low-power chip called SensorCore with syncing with Bing Health and Fitness.

The phone also comes in an attractive outfit, featuring an aluminum frame and a polycarbonate back. It will be available in 4 colours.

The phone will be available in June for a price tag of $599.