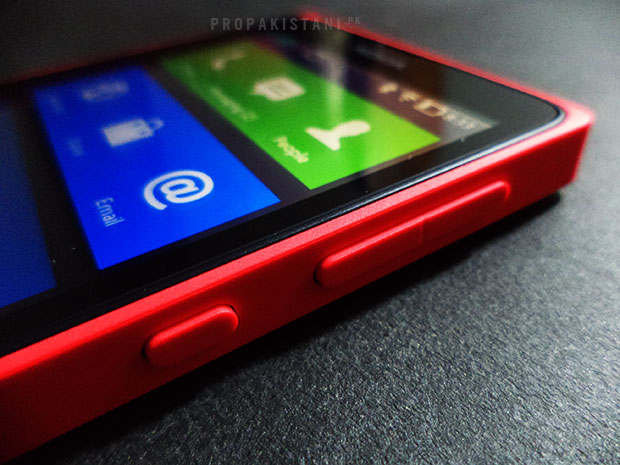 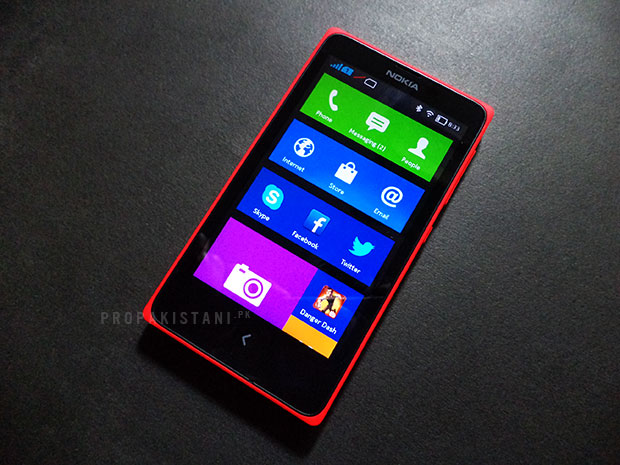 Despite its close relationship with Microsoft and a recent agreement to sale its handset business to the software giant, Nokia has introduced its much-rumoured and long-awaited Android smartphone at Mobile World Congress (MWC) this year.

Nokia fans all over the world were surprised when the Finnish company announced not one but three Android powered Smartphones and dubbed them the X family with a hint of more devices may come in the future.

We have got our hands on the low-end the Nokia X Dual-SIM smartphone and made a short review for your consideration.

Let’s begin with the Unboxing & complete tour of the Nokia X Platform.

The design of Nokia X is very similar to the Asha 500 series. Even though it feels comfortable in hands but it’s fat and chunky. The polycarbonate cover wraps around the body, which comes in 6 different colors, all of them very bright just like the Lumia series phones. 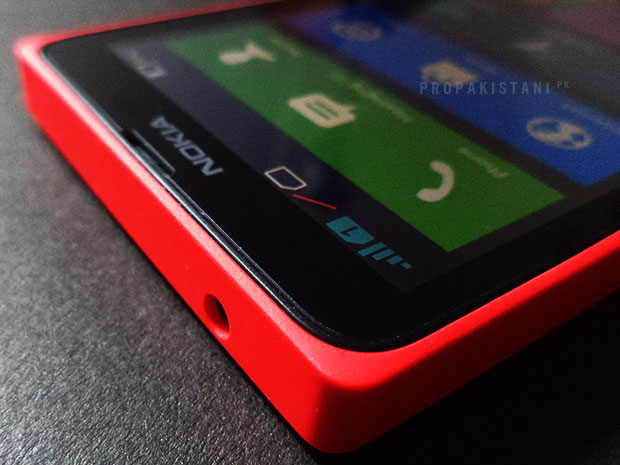 Nokia X features a 4-inch WVGA IPS capacitive touchscreen, but lacks any kind of protective layer (Gorilla Glass etc.);  hence, it is recommended to use a cover.

The screen has a low resolution and supports up to 2 touches but still it is better than other devices available in this price range.

As usual, above the screen there is Nokia’s logo, ear-speaker, proximity and ambient light sensors. Below the screen there is a centred touch-sensitive key, which serves both as a back and home key. It is not illuminated and troublesome for new users as one touch works as back and if you touch and hold then it takes you to the home screen.

The volume rocker and power/unlock keys are located on the right side, these keys are embedded in the shell and fairly raised so you can easily use them. The micro-USB port is on the bottom, with microphone embedded in the lower part of the screen and 3.5mm headphones jack on the top.

A 3.15-megapixel camera and loudspeakers sits on the back along with Nokia’s logo in the middle. The loudspeaker of this device is fairly loud, though the quality of the sound is not so good. 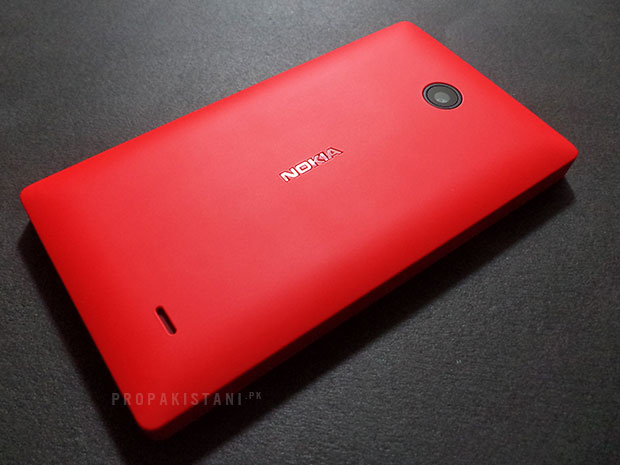 Taking off the polycarbonate cover is rather tricky and takes some effort. Under the hood you will find two micro-SIM and a microSD card slot, along with the battery compartment. 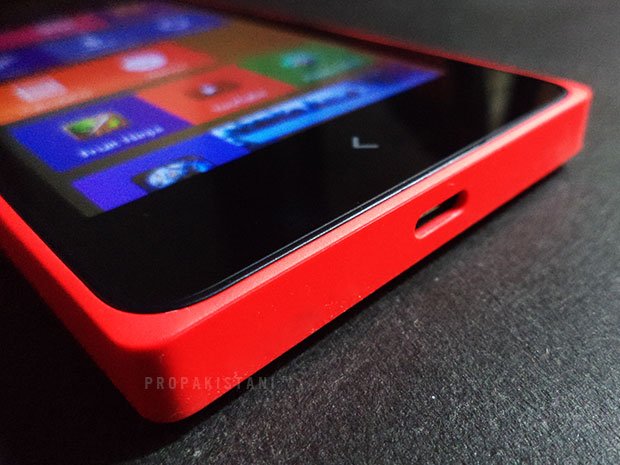 The build quality and the design of this phone is amazing, something you would expect from Nokia. The matte finish of the cover gives you a nice grip and the size of the device is perfect as it can fit in any kind of pocket quite easily. The materials used in the phone seems to be very durable and the phone can survive some accidental drops.

The one thing that makes it different from the rest of Nokia phones is its operating system. For the first time Nokia has made a phone that runs on Android, AOSP 4.1.2 Jelly Bean to be exact.

However, the Finnish company has tried its best to hide this, as it uses a non-familiar UI and all the Google services are replaced with Microsoft’s. Nokia does not even mention Android in the phone settings as Nokia is calling the OS, Nokia X Software Platform. 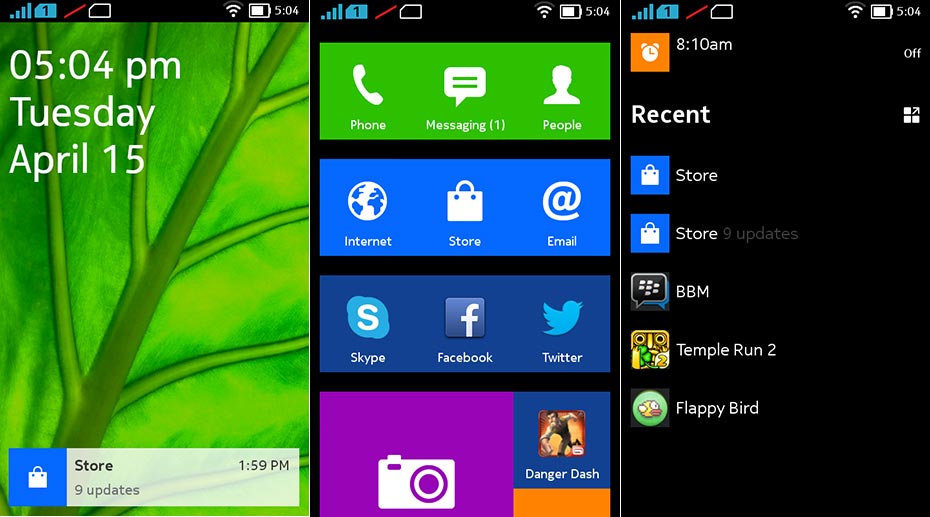 You can download all the popular apps from the built in Nokia store or you can side load by installing APKs, but keep in mind that Google apps won’t work until you root your device and apply a little hack. (Sooner or later you have to do this, because Microsoft apps won’t fascinate you much).

In our hands-on video we have tried to cover all the important details about the interface and OS, which is actually an amalgamation of Android, Windows Phone, and Asha operating systems.

When you swipe the lockscreen it takes you to the homescreen which shows you tiles for all the apps in a similar manner as shown on any Windows Phone device. Which means that the number of apps will increase with time and you have to scroll more and more to open a particular app, or you can just make folders or use the search option. The search bar is rather tricky as you have to swipe down from the first line of tiles.

Swipe to left and you will see “Fastlane” (A feature from Nokia Asha), which shows you both your running /recently opened apps and the notifications.

Nokia X also support Glance screen and Double tap to wake features, but they are not as good as on Lumia devices. The single button for back and home creates trouble many times but this can be solved by installing application for on screen keys. 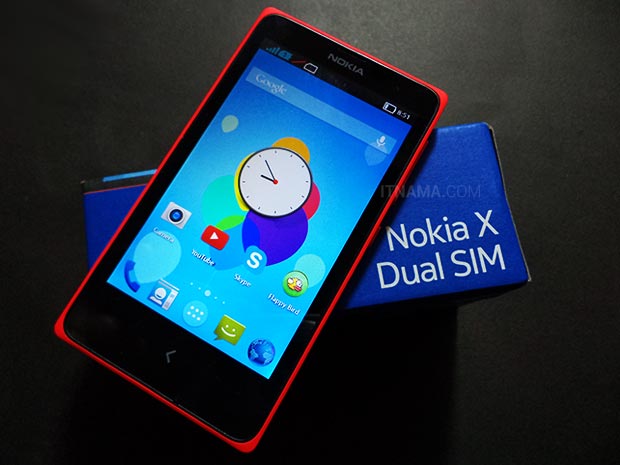 If you don’t like the UI, you can always install any other launcher like Apex or Nova to get the old familiar Android app launcher supported UI, but keep in mind that you won’t see any notifications in the custom launcher as the notifications are handled by the fastlane.

There are custom ROMS available for this device as well as an unofficial CyanogenMod, for this purpose you have to root your device which will void the warranty.

The hardware inside Nokia X is pretty disappointing, it features a 1GHz dual-core Qualcomm Snapdragon S4 processor, Adreno 203 GPU, 512MB of RAM & 4GB internal storage. Obviously to go with a low price tag the company has decided to put outdated hardware inside this device to keep the cost low.

As expected the performance of this devices is rather sluggish, scrolling the homescreen could be jerky at times and most of the applications take a lot of time to open up.

Not to mention the frequent “force close errors” which shows that there is still need for improvement in the OS. 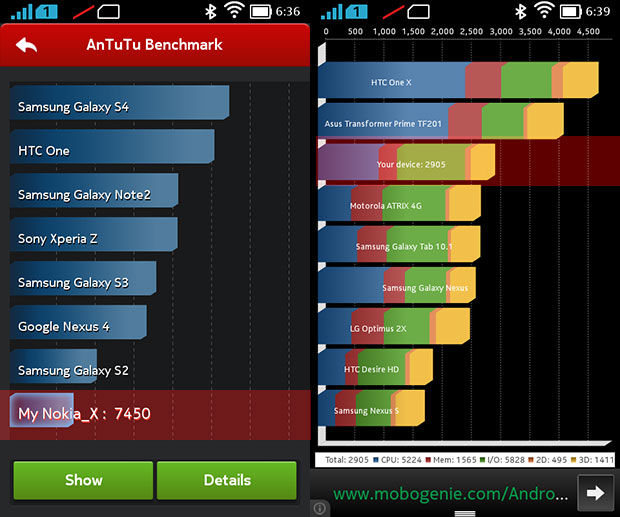 Web browsing in the stock browser is very poor, though things improve a little bit when you open websites in Opera, but still rendering a page takes a lot of time and you have to see a blank screen most of the time.

The calling and messaging is slightly fast, but the default keyboard is terrible. It lags a lot and the layout is sloppy. It is recommended that you use swiftkey, multiling or any other keyboard for better results. 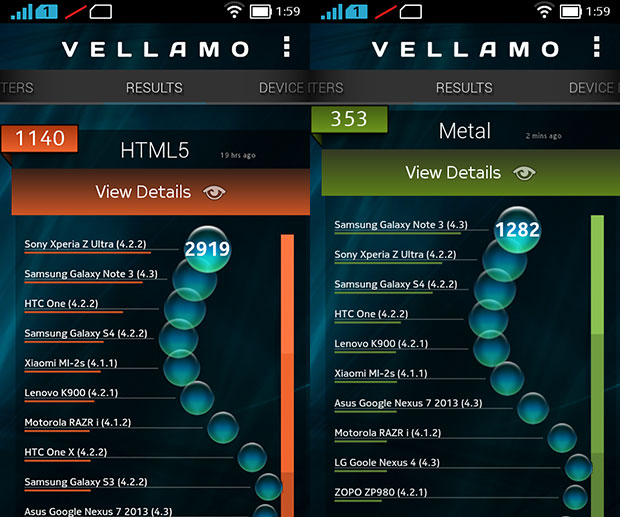 Another drawback is that the device has only 4GB internal memory, out of which only 1GB is available for the user. So you will have to use a memory card if you plan on storing videos, music and images on this device.

Like the rest of hardware specs, Camera on this device is nothing extraordinary. Nokia X features a single 3-megapixel fixed focused camera with no LED flash. The camera is capable of capturing images of up to 2048 x 1536 resolution and it can record FWVGA (864 x 480) videos @ 30fps. 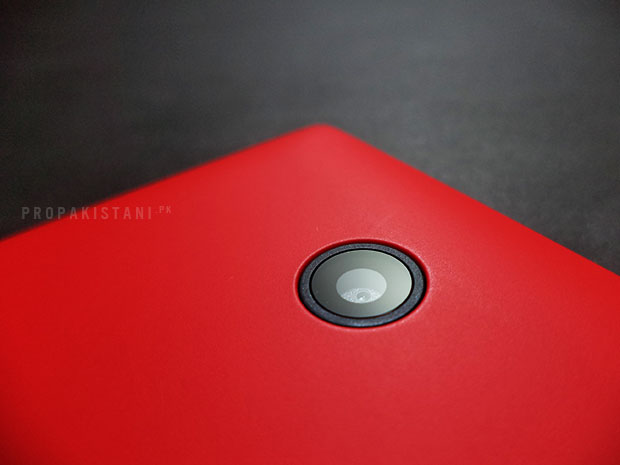 The camera performs as expected, the images lack detail and sharpness and you can’t focus on a particular subject as it is a fixed focus camera. The camera offers 4x digital zoom, but it is recommend that you not use the zoom function at all, as it further deteriorates the image quality. 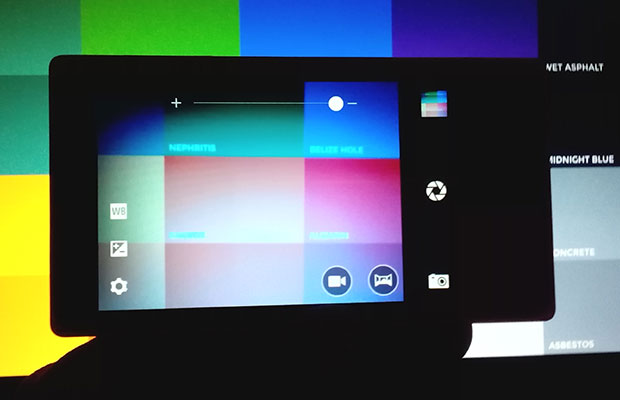 The camera interface on the other hand is very simple and offers a lot of tweaks. You can customize settings for White balance, exposure, color saturation, contrast, sharpness, ISO and many more. It offers still shots, video and panorama images. (The only thing missing is the HDR mode, otherwise Nokia has put everything in the camera app for such a poor quality camera).

Have a look at some of the sample shots, we have tried to take the advantage of all the customizations in order to get best possible results:

(Clicking on images will get you full scale images) 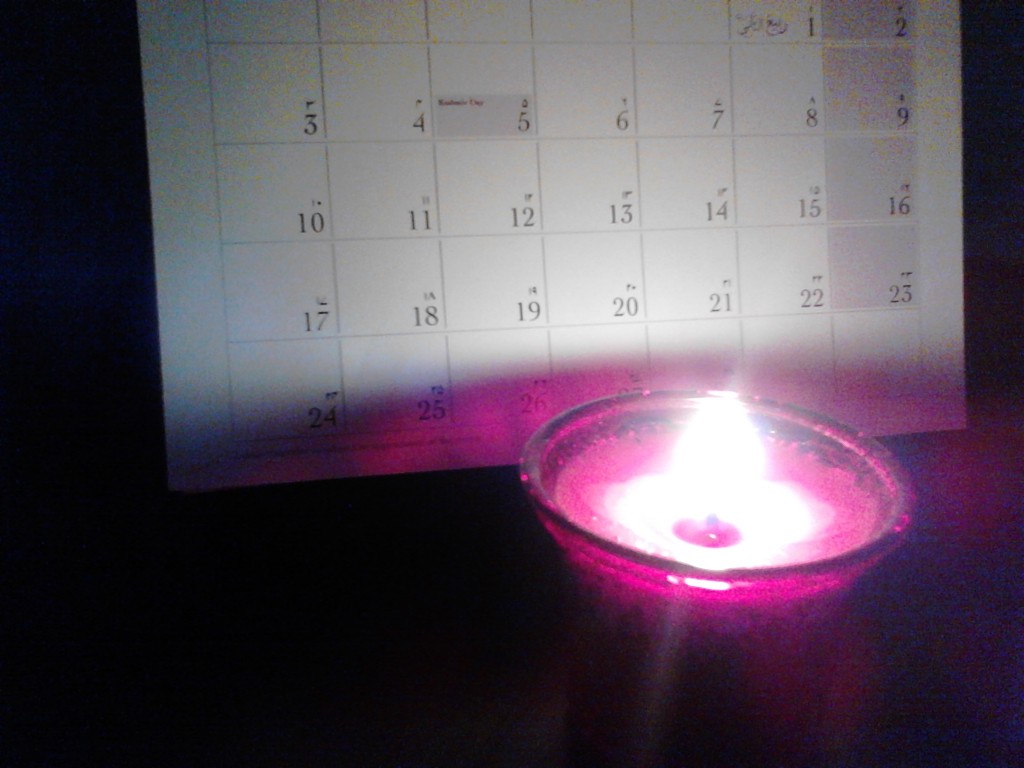 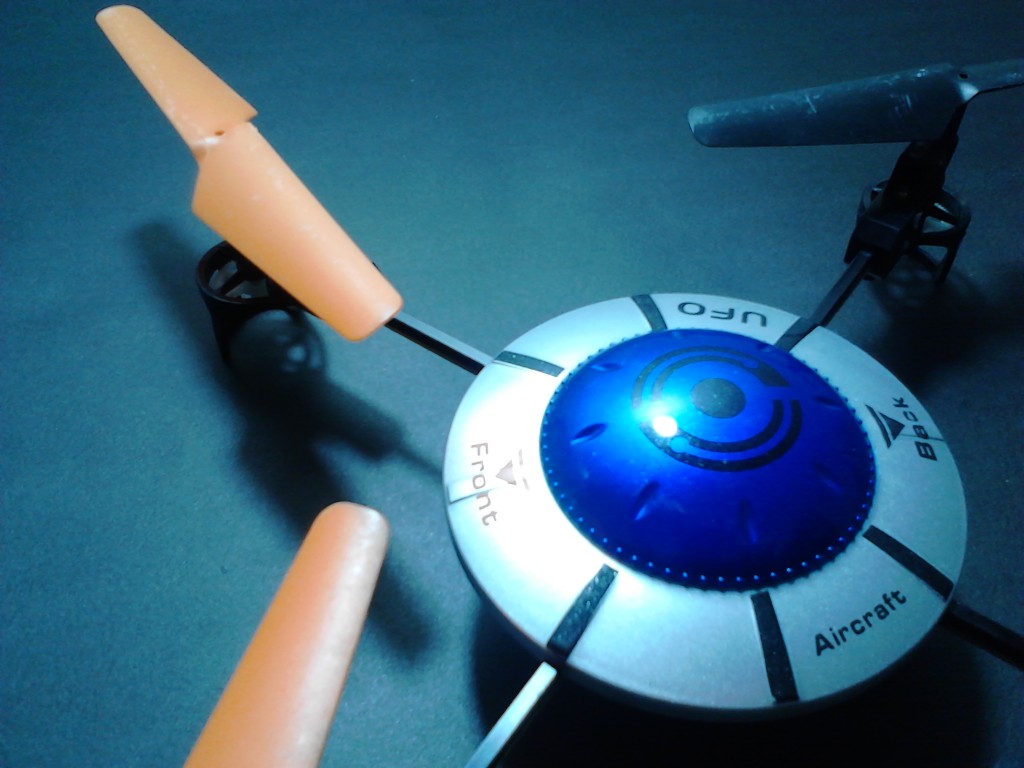 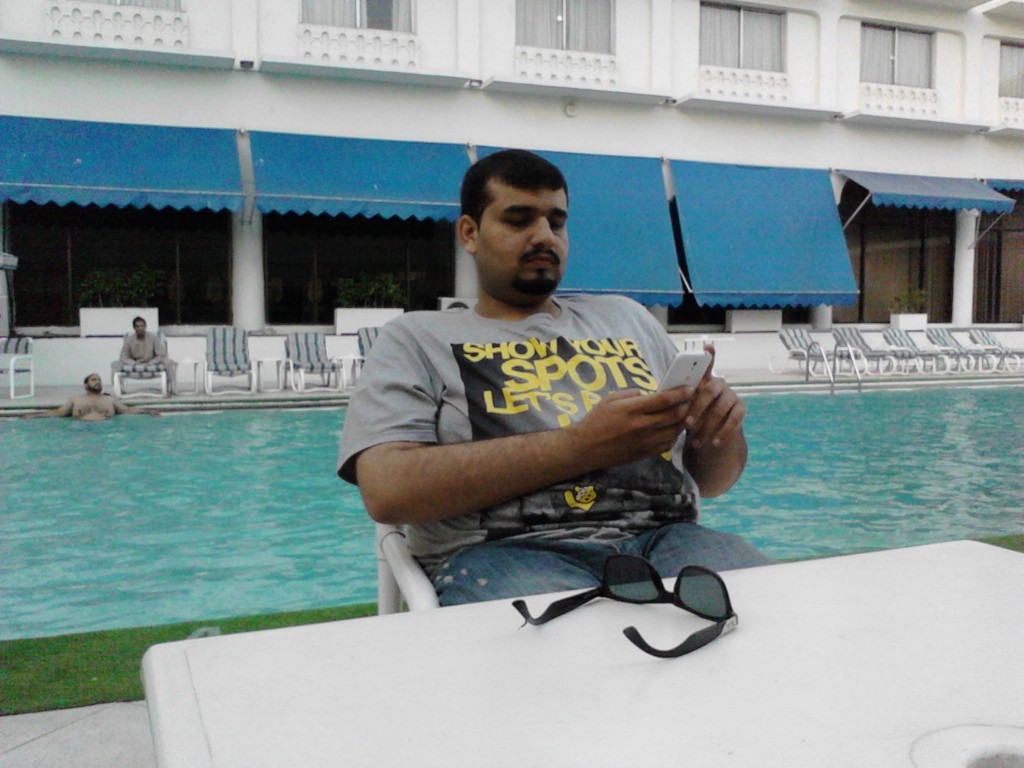 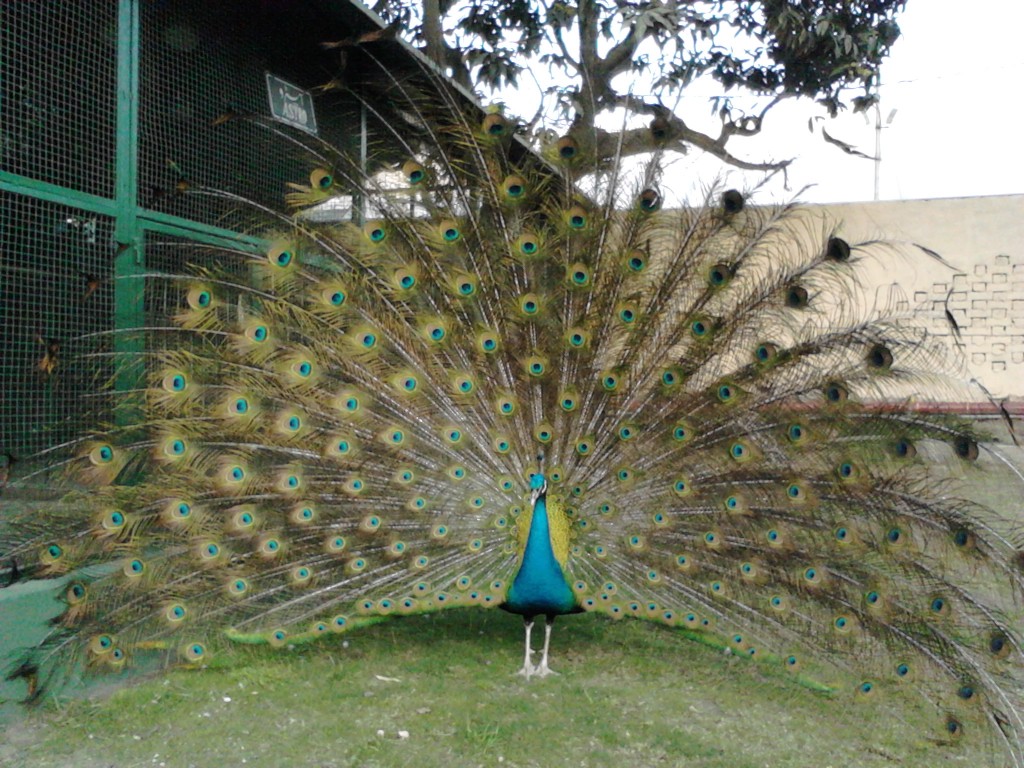 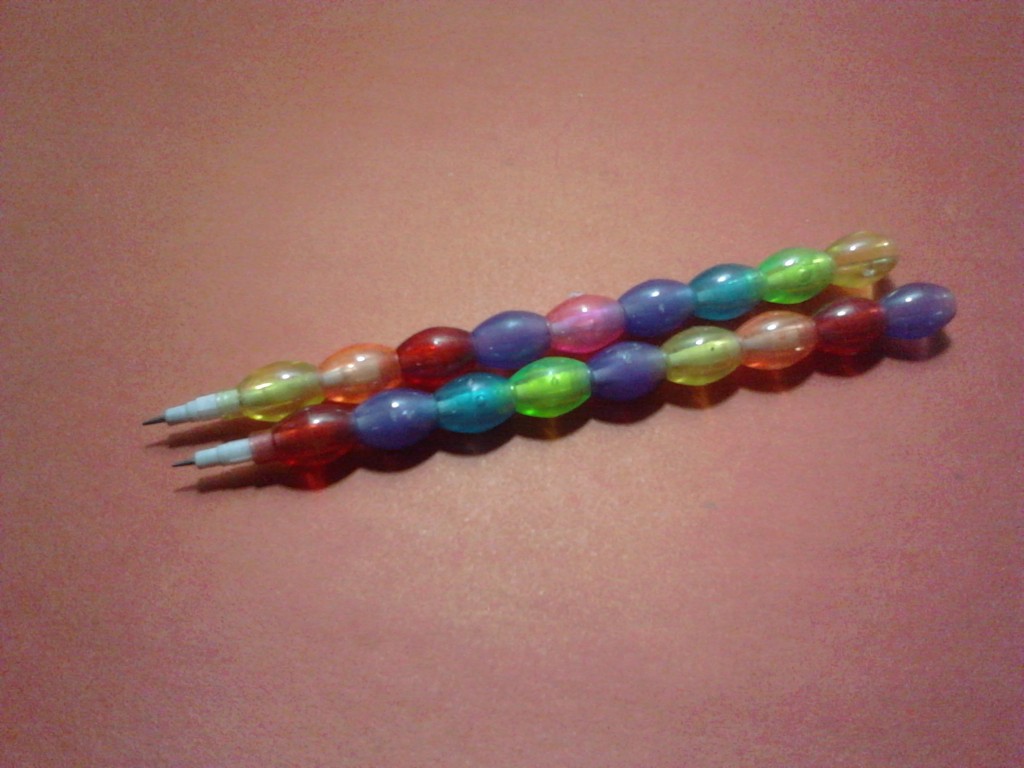 Nokia X is equipped with 1500mAh removable battery, which seems to be quite small on paper, but the real life performance is acceptable. 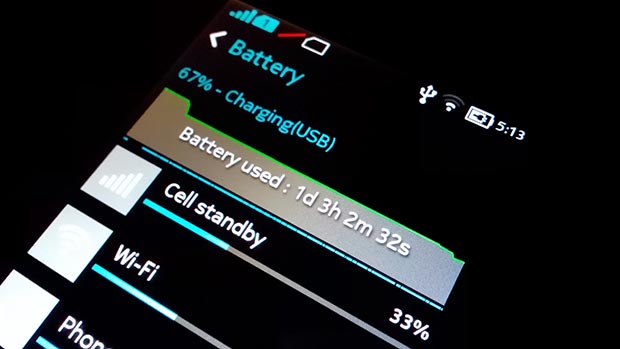 For most users the battery will last about a day; but for power users you have to charge the device after 5-6 hours. As always you can maximize the battery life by turning down the brightness to the minimum and use Wi-Fi / 3G only when needed.

Nokia X is available all over the country for a price of Rs. 13,800 with one year warranty.

The device is available in 6 different colors namely; green, white, yellow, cyan, red and the usual black and white. 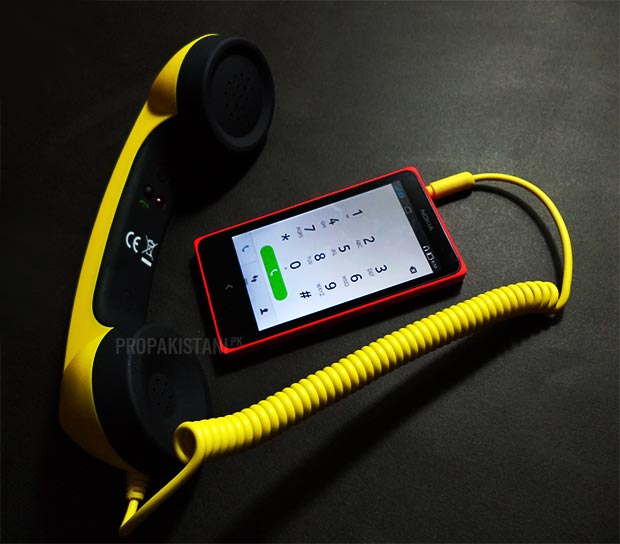 Nokia X is a well-designed phone and the build quality is great, most of all it runs on Android. However, the device has some drawbacks, mainly the poor camera and the exclusion of Google apps.

With slightly over-priced, this phone can be a good buy, capable of giving you the best of Android and Nokia together in one device.