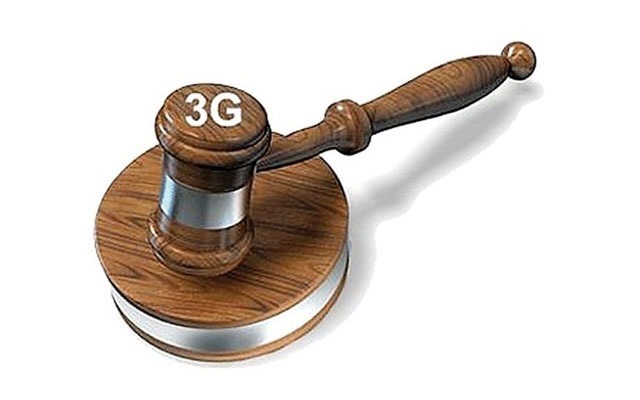 The Supreme Court on Wednesday directed that the process of auctioning 3G and 4G spectrum licenses should continue uninterrupted.

The three-member bench headed by Justice Jawwad S. Khawaja resumed the hearing of a petition filed by Khurram Shehzad Chughtai, an information technology expert, who had sought a court order for the government to complete the process of auctioning 3G spectrum licenses on an urgent basis and in a transparent manner, and to ensure early availability of the services.

The court reiterated that 3G and 4G auctions would take place on April 23 and ordered that the revenue generated from the auction would be held in the Federal Consolidated Fund till the decision on to who the same should be transferred.

During the course of proceedings, Pakistan Telecommunications Authority (PTA) Chairman Ismail Shah apprised the court that four cellular companies had expressed interest in the auction and submitted a 15 per cent bid bond which had been deposited in the PTA account.

Attorney General for Pakistan Sulman Aslam Butt informed the court that as per Article 70-A of the Constitution revenue generated through such bidding process belonged to the Federation and must be deposited in the Federal Consolidated Fund.

Later the bench adjourned the hearing till third week of May while directing to the government to speed up the process of bidding.