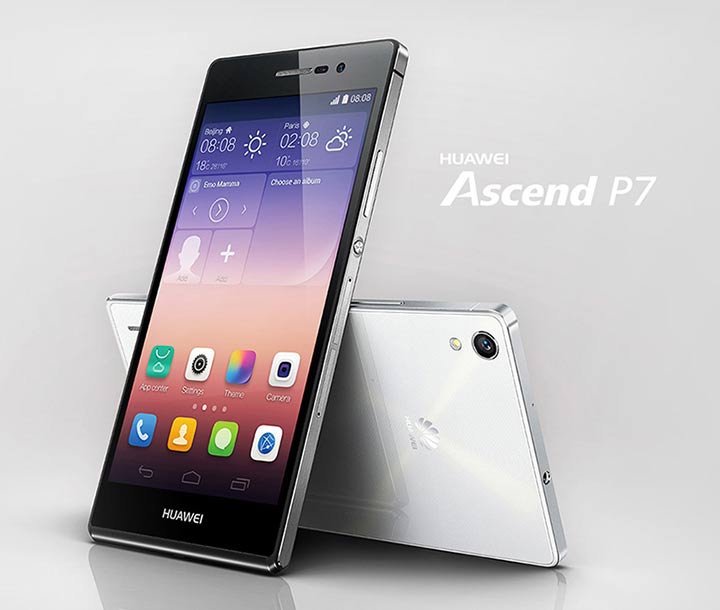 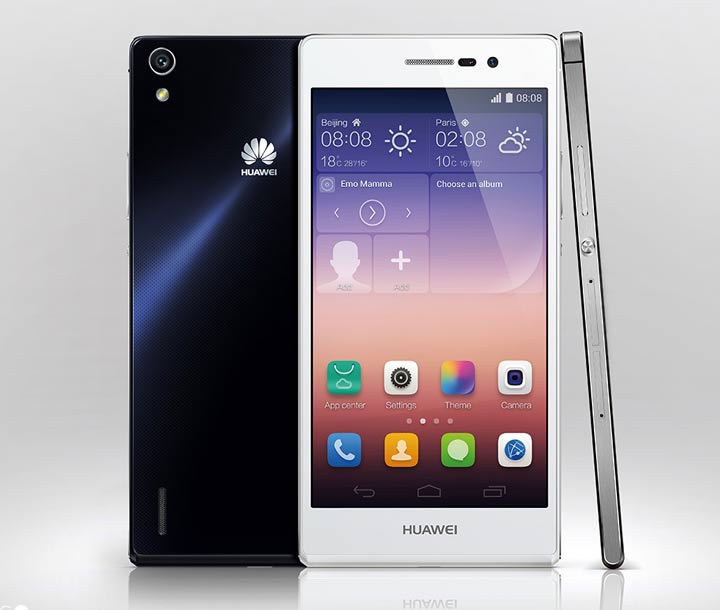 Though in terms of performance it was very mediocre but considering the price tag there’s no harm in calling it a star smartphone.

The looks of the new phone are pretty much the same, but now its bigger and better. Ascend P7 features an aluminium chassis with Gorilla Glass panels on both front and rear. I guess its a welcome addition because P6 (black) was prone to scratches due to aluminium back.

The screen size has been bumped up to 5-inches from 4.7-inches. Ascend P7 offers full HD resolution with a high pixel density of 445ppi.

The camera department has also been upgraded. Ascend P7 features a 13-megapixel primary camera, along with an 8-megapixel front facing camera; just to make you look better in “selfies”. The Sony made primary camera has a large f2.0 aperture along with BSI sensor, which means better photos in low light.

Under the hood Ascend P7 is packed with Huawei Kirin 920T quad-core processor, clocked at 1.8GHz along with 2GB of RAM, 16GB of internal storage and the option to extend it via microSD card slot.

Last year the major complaint regarding Ascend P6 was the low battery timing. This time the capacity has been increased and Ascend P7 packs a 2500mAh batter instead of 2000mAh.

Huawei also claims that the new power saving mode will automatically kick in when battery goes down to 10% and will keep running the phone for next 24 hours.

Ascend P7 runs on the latest flavor of Android (KitKat 4.4.2) along with Huawei’s home baked EMUI 2.3 on top of it. The new version of EMUI offers more functionality and a clean look (

Last but not the least, Ascend P7 is 4G LTE-enabled smartphone, which means you can enjoy fastest mobile internet on this device.

Ascend P7 will be available in Pakistan from June this year. The phone will be sold in a variety of colours, including black, white, and pink along with colourful protective cases, clamshell protective screen covers, and portable batteries. The accessories will also include Talk Band B1.

There is no word on the pricing, but my guess is that this phone will be priced at Rs. 47,000 or more. We will try to bring a full review of this device along with hands-on video very soon, so keep checking back.