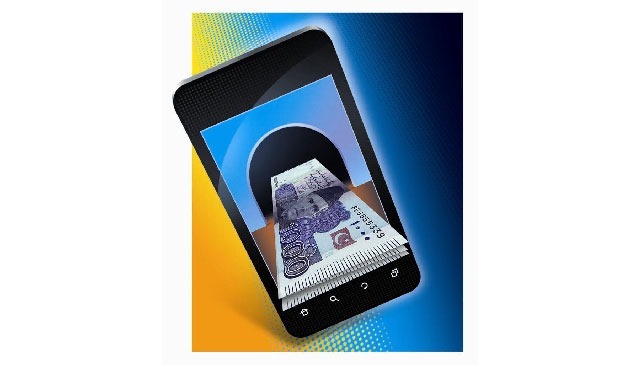 After spending more than a decade (2001 – 2012) in Telecom Industry for various national/multinational companies in Pakistan I was able to build a successful career for myself. Yes, telecoms in Pakistan is a cut throat business but it provides fuel to those who are ambitious and want to grow fast.

After reaching the position of Chief Commercial Officer for a leading Telecommunication Company (highest possible position one can hold before becoming Chief Executive), I decided to change my career path from telecommunications to banking. At the peak of price wars, saturation and very thin margins, telecom industry was naturally destined to decline, exactly like we had predicted in early 2010.

At the same time, Pakistan’s financial sector was and is still growing rapidly, opening up a world of opportunities through Digital Banking, and Branchless Banking regimes.

How is it possible for an institute to think about Digital Banking and doesn’t require Digital People? After evaluating the scope, growth chances and the right time, I jumped into it and joined one of the Largest Banks of Pakistan.

With lot of hopes, innovative ideas, faster pace and out of the box thinking I was sure to be on top in a shorter span of time based on my expertise and exposure. But, surprisingly banking sector was altogether a different world. Soon I realized that there is a stark contrast between the both industries. The pace at which new projects, existing projects and BAU is conducted in banking sector is extremely slow and time consuming. A project that would hold a TAT at one quarter at there (in telcos), takes approximately two years to complete here (in banking).

Individuals are not encouraged to think out of the box and new initiatives are not something to be appreciated here and this leads to lack of innovation. People believe to follow rather than dare to lead. Everything is gauged on ‘Market Practice’ and ‘Precedents’ and someone with newer ideas is usually termed as ‘Non Industry Inhabit’ or a ’Lost Child’ and he / she is met with laughter, harsh remarks, and sympathies in return.

I wondered why there hasn’t been much innovation in the banking sector in Pakistan? Upon digging, it was obvious that majority of the issues were related to regulator. Today I can safely say that State Bank of Pakistan is one of the most strictly regulated central banks of the world.

In my opinion, the rooting problem is the that State Bank of Pakistan’s line of communication is directed at the TOP tier only; they speak with the heads of banking institutions i.e. the President, CEO or the Chairmen.

Such a line of communication is inconceivable in the telecommunication sector. I remember the incidents when Final Warning Letters were received and answered by manager level POC (Point of Contact) at Telcos and sending a letter directly to CEO of telco (unless its from Chairman PTA himself) is considered something very rigid and unethical.

Banks in Pakistan are good at replicating things, instead of innovating ideas and brining in new products. Any proven business plan that has a proven record will be appreciated greatly, however, if you come up with a new thing – which obviously will involve risk – may not receive similar feedback from the peers.

It is often observed that banks in Pakistan are usually busy in saving their running business lines instead of creating new ones. But, this has to change. Since telcos are running their Financial Services very aggressively and trying to snatch retail businesses from the giants, the time has come for the banks to think differently.

As a matter of fact, banks initially just ignored the telcos, then they started showing the telcos the teeth and now the time has come when banks are in fighting mode with telcos. I am fearing the day when telcos will come ahead to offer credit cards or type of loans to consumers.

What banks should essentially do at this point in time is to delegate the operational responsibilities to business partners. Despite the fact that banks themselves have vast operations, considering the cost involved and magnitude of returns, passing on the responsibility to partners will only reap them the benefits. This is exactly what happened with the telecommunications sector. We saw the emergence of what I call, “White Label Offerings (WLO)”.

These WLO’s came up with the idea offering different type of White Label Telecom Services like, Calling Cards and outsourced services to consumers to reduce costs, and save time. Through these calling cards, ease of access was created and customers were allowed to make calls from their mobile phones by simply purchasing a calling card and dialling the number.

Essentially, banks need to align their vision in the same way telco’s did. Banks have an edge today because in Pakistan, banks have yet to reach a stage of full maturity in digital and branchless banking platforms. This is particularly crucial at this time because startup culture is about to kick in here in Pakistan.

With emergence of 3G technologies, there would be countless startups who would be willing to partner with banks to offer these WLO to act as a front end of a financial solution while back end can be conveniently managed by the banks themselves.

So, the bank aligned with the WLO will have complete control over security, risk, KYC, card production and any information that is stored on your card. It is important to understand here that we are talking specifically about Branchless Banking products to begin with. Some great examples could be the outsourcing of WLOs for front end management.

Once and if these ventures prove to be successful, then banks can start offering more of their services to WLOs such as branch franchises and credit cards. Banks will benefit in terms of less workload, better returns, more business and new outsourcing initiatives while white label companies will get benefited in terms of making a brand name for themselves and earnings through product pricing and commission income.

Once banks in Pakistan get comfortable working with WLOs it will automatically create a ripple effect. This will lead to innovation and out of the box thinking not only inside banks but with their external partners in terms of product enhancement.

Young entrepreneurs with fresh start ups will want a piece of the cake and will bring in investment in such companies. To sum up this behavioural change from the banks perspective, they need to explore the option of white label offerings to avoid disappearing from the economic map the way in which Paktel, Instaphone and Kodak did.

This paper is aimed at audience from all walks of life. I understand that people who do not have a banking or financial services background, may take a look at this and find the whole union between banks and white label offerings as an interesting venture but they will be highly sceptical about its success.

Let’s come to the banking cohort of the population now; old and conventional bankers will also be wary of this idea at the risk of thinking out of the box but they might pitch it to their Digital teams to explore it further.

From the point of central banks of countries, our regulator, SBP will see this as a pretext for bringing modifications in banking policies/frame work and will route the idea to their relevant departments to look into this possibility further.

Last but definitely not least, new start-ups that are run by young entrepreneurs will be ecstatic about WLOs and will want to invest their funds in such operations, by thinking which bank to contact immediately for discussions and evaluation of.

Author is working at a senior position in one of the Largest of banks of Pakistan. He manages Digital Payments and has approximately 15 years of experience in Sales, Product Development & Management in Telecom, FMCG and Digital/Retail Banking.