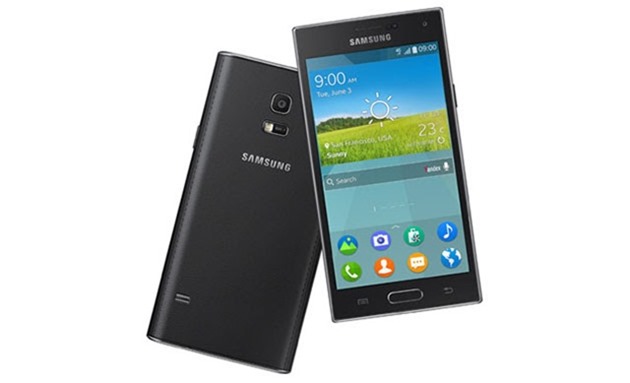 It marks the first step that Samsung is taking away from Android for a flagship phone. The new Samsung Z runs on Tizen, the OS which has risen from Meego’s ashes and borrows several features from the Galaxy S5’s book.

It’s faster too. Tizen is optimized and most-probably less-skinned, something not usual in Samsung’s case. Specs point towards the high-end market too.

At the front sits a 4.8″ display with HD 720p resolution. Not a 1080p panel but will facilitate in performance. Under the hood, you’ll get a 2.3Ghz quad-core processor, 2 GB worth RAM and 16 GB internal storage, expandable by 64 GB via microSD.

At the back is the 8 megapixel camera with Flash. Also home are a 2.1 mp front-shooter, NFC, IR Blaster, LTE and a 2,600 mAh battery. Also something we think we’ve seen before. 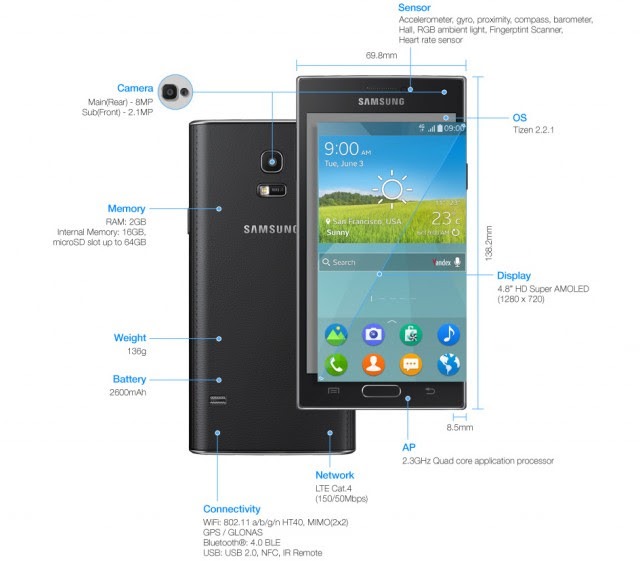 With the addition of the heart-rate sensor at the back, the fingerprint sensor built-in directly into the home button as well as a power-saving mode make this phone sit rather a bit too close for the Galaxy S5 to be comfortable. No other Samsung phone has such capabilities packed in, you see. Design is unmistakably Samsung but actually looks better.

Which is interesting because as rumours have been indicating consistently, this may look like a possible move away from Android. We can only speculate at best at this time of the life-cycle.

Apps are certainly an issue but Samsung is doing its best to put as many HTML-5 based versions of popular websites as possible. Yandex, also called Russia’s Google will replace many of the services found on Galaxy phones by the ones made by itself.

Pricing details are not disclosed but the phone will hit Russia, and possibly other markets too, in Q3.