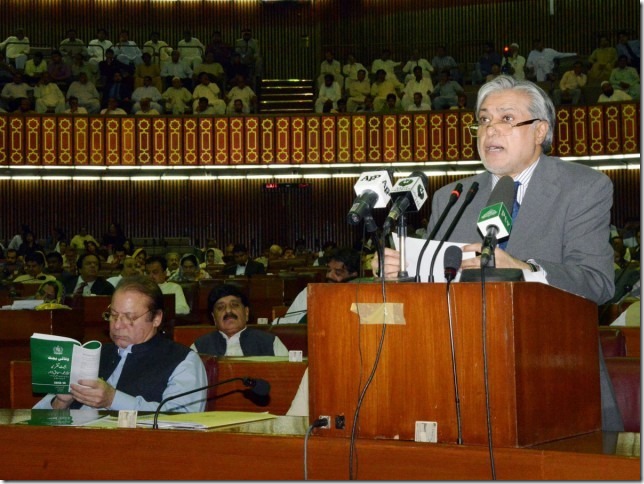 Pakistan has allocated  Rs 555.739 million for on-going and new projects from information technology (IT) and telecom sectors in Public Sector Development Programme (PSDP) for fiscal year 2014-15.

The amount has been allocated to execute 18 new and on-going projects.

Of the total, Rs 434.739 million has been allocated for on-going programs while another Rs. 121 million were allocated for three new programs.

The major new project – worth Rs. 100 million – is said to be for the setup of e-governance of the government. This project is aimed at ensuring the transparency in the government procedures.

Construction of cross-border optical fiber cable system between China and Pakistan for international connectivity of voice and data traffic is also planned during 2014-15, for which Rs 20 million has been allocated.

Ishaq Dar, Minister Finance, in his budget speech said that Government is fully cognizant of the importance of Information and Communication Technology and its potential role in trade, foreign direct investment, women empowerment, employment, education, national competitiveness and ultimately the economic growth.

He said that government is committed for the development and promotion of the this vital sector.

Minister said that these centres will not only generate local employment but will also offer entrepreneurial opportunities.

He explained that these e-telecentres will be funded by Universal Services Fund (USF), for which a whooping Rs. 12 billion investment will be made during next three years.

USF will invest another Rs.2.8 billion during 2014-15 in its ongoing program whereupon optic fiber cable is being aggressively laid to provide connectivity to outlying areas particularly in Baluchistan, FATA, rural KPK and other parts of country.

Additionally, Rs.3.6 billion have been allocated out of USF to be spent on Rural Telecommunications Program.

Mr. Dar said that all these efforts shall result into rapid rollout of next generation ICT services in the remote areas.

Government said that Rs. 125 million have been allocated out of National ICT R&D Fund to provide 500 scholarships for shining students this year.