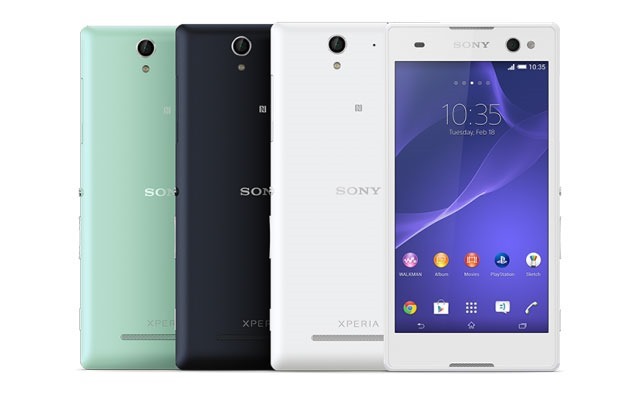 Sony has just revealed a new smartphone for people following the selfie craze, the Xperia C3.

As a result, above the display you not only get a 5 mp camera (which is not uncommon), but also an LED Flash.

Sony’s Xperia C3 is no doubt one of the best available combination for selfies after Oppo N1 (a phone that offers rear  camera to rotate by 180 degrees to become front camera).

The rest of the phone itself is apparently no slouch. The display is a 5.5″ panel with 720p resolution. Design is super-thin at 7.6mm while tipping the scales at about 150g.

Under the hood, you get a quad-core Qualcomm Snapdragon 400 processor clocked at 1.2Ghz with Cortex A7 CPU.

There will also be 1 GB RAM accompanied by 8 GB internal storage, which is expandable.

The back boasts an 8 megapixel sensor with Full HD 1080p video with HDR. The front-facing camera comes with a 25mm wide-angle lens and Superior Auto as well as a “soft” LED Flash.

Connectivity options include NFC, Bluetooth 4.0, 4G LTE and FM Radio. There will also be a Dual-SIM version of the phone. Here are the specs again:

The phone will be available in August but pricing details aren’t revealed yet.