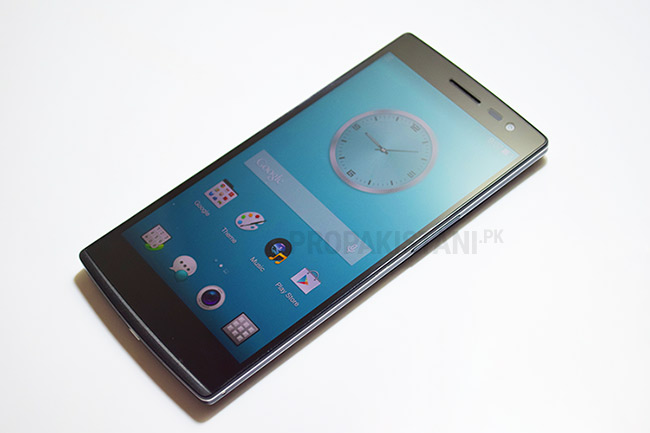 Chinese Electronics manufacturer OPPO is the Smartphones in Pakistan" href="https://propakistani.pk/2014/07/15/oppo-launch-4-smartphones-pakistan/" target="_blank">newest entrant in Pakistan’s Smartphone market. The company managed to make an impression in many International markets by bringing some unique smartphones, including Find 5, N1 and now Find 7.

During its soft launch in the country, OPPO has released 4 phones in the market. Find 7a is their flagship device, sold at a price of Rs. 49,900 in the major cities of Pakistan.

With its impressive specifications and unique features, OPPO Find 7a is a worthy competitor to most of the current flagship devices, including Galaxy S5 and HTC M8.

Find 7a is not to be confused with Find 7, which packs more RAM and storage, featuring 2K display.

We’ve got the device for review a couple of days ago, while the full review is work in progress, I have decided to share my first impressions.

Let’s start with the unboxing and a brief tour of Color OS.

Find 7a is quite a big phone, I won’t say a phablet because comparatively it is easy to hold and operate. The front side is dominated by the 5.5 inch IPS screen, offering 1080p resolution (403ppi pixel density). The display is bright and vivid, The screen also features Corning Gorilla Glass 3 protection. 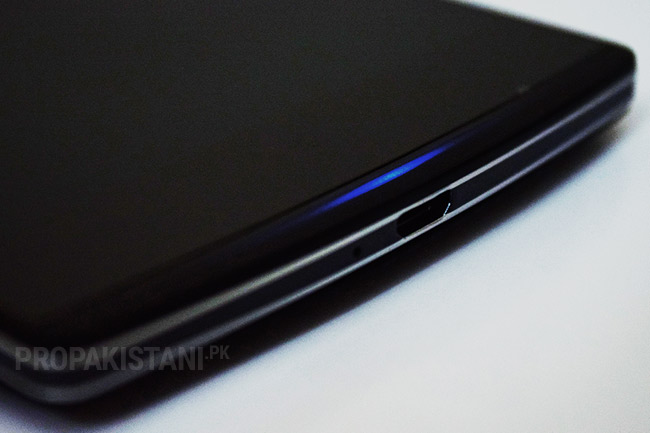 The most prominent feature on the front is the skyline notifications LED, which pulses a blue light, to notify you about missed calls, SMS or while charging. It gives the phone a futuristic look.

The Astro Black version we’ve got has a textured removable backplate, it also comes with white and grey colors. To unlock the backplate you have to use a pin, under the hood you’ll find microSD, micro SIM and battery slots. 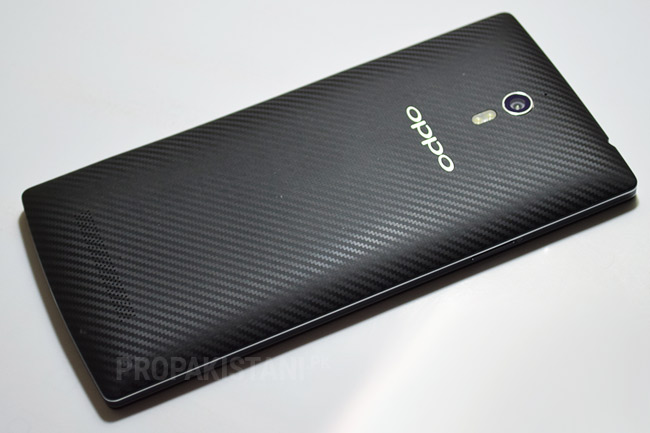 Find 7a features a primary 13 megapixel Sony sensor with f 2.0 aperture. It has the ability to record 4K videos and take 50MP images. It features a dual LED flash light.

The camera performs real fast and the images come out bright and clear. The camera application is pretty simple, it offers some fun tools including ability to shoot RAW, make GIFs and slow shutter.

A secondary 5-megapixel camera is on the front for selfies and video calling. Though it is not good as the primary camera but does the job well. 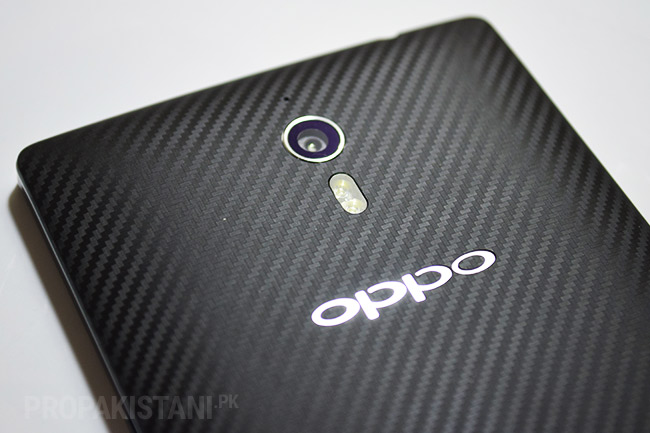 Find 7a is powered by 2.3GHz quad-core Snapdragon 801 processor, 2GB of RAM and 16GB internal storage. It runs a customized version of Android, dubbed as Color OS.

The current version of Color is based upon Android Jelly Bean 4.3. Unlike many other Android customizations, Color OS runs pretty smooth and you won’t face any lag during the normal operation of this device. I haven’t played any resource hungry games on this device yet, but I’m sure that it can handle the extra load very well.

I’ll discuss more about the Color OS in the full review, for now I can tell you that it extends the functionality of Android and brings some useful features, like motion gestures and the ability to customize the UI as you desire.

Finally let’s talk about the battery and fast charging. Find 7a packs a 2800mAh battery, which as per my experience drains pretty fast. Don’t worry charging the phone won’t take long. The much hyped VOOC fast charging lives up to its reputation. Its a huge plus in the current electricity load-shedding season, as it takes just an hour to fully charge the phone. 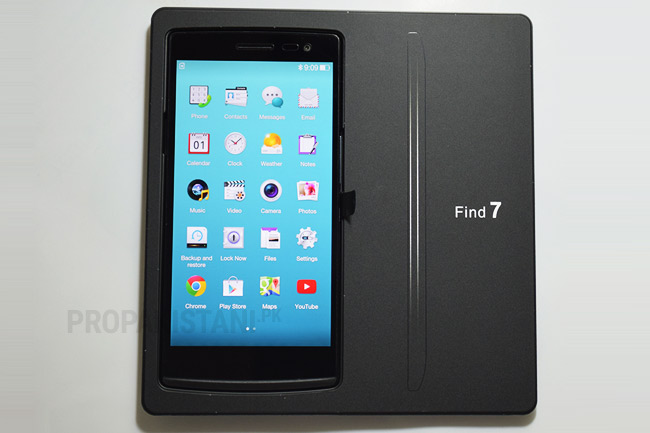 Find 7a is currently the most affordable flagship phone in Pakistan. It has a premium build quality and packs top-notch hardware.

Though it doesn’t feature a metal design, water protection, fingerprint scanner and other gimmicks, still I will call it a worthy competitor.

OPPO has the potential to become the favourite smartphone manufacturer among the high-end segment in Pakistan, all they need is time and few brilliant marketing campaigns.

What do you think? do share your opinion about this device in the comments section below and feel free to ask any question. We’ll try to answer all your queries in the full review.

* The company will air its first TVC in Pakistan, this Eid.