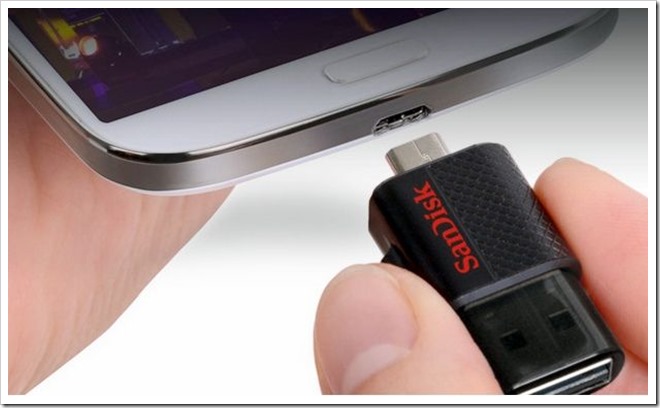 The new wave of Smartphones has brought us amazing accessories too. While those made by manufacturers themselves are always something to look out for, it is just astonishing what some companies can come up with.

SanDisk is one such company. Earlier in the year, we reported about its wireless hard disk for smartphones and other portables. Now there is something even better: A dual USB drive for better data transfer between computers and phones/tablets.

The drive itself is incredibly small at just about 1.5″ x 0.75″ in length and breadth. There’s a microUSB port at one end, a full-sized USB 2.0 port at the other. It comes in three flavours: 16, 32 and 64 GB. Read/write speeds can reach up to 80 and 50 mbps respectively on the latter two versions.

You might have to download the SanDisk memory zone app for your phone before you use it. Being advertised as a plug-and-play tool, the app kick-starts automatically after being connected to the phone.

Here’s the entire list of devices compatible with this gadget. As long as your phone supports USB-OTG, you’ll be pretty much OK with it.

As it would’ve been pretty clear by now that the SanDisk dual USB isn’t your cheapest way of data transfers and when it comes to sheer speed, USB 2.0 is NOT USB 3.0, however, if convenience is your first priority, then there probably aren’t any notable competitors in this category. 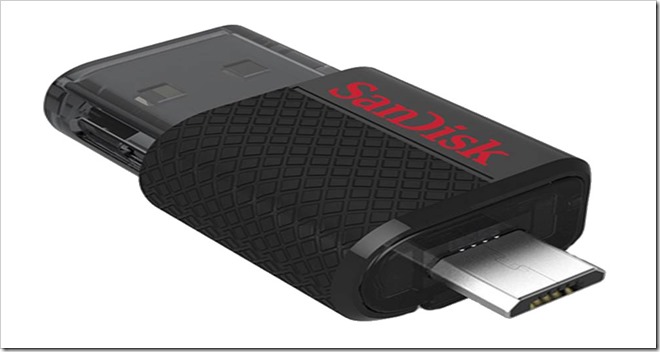