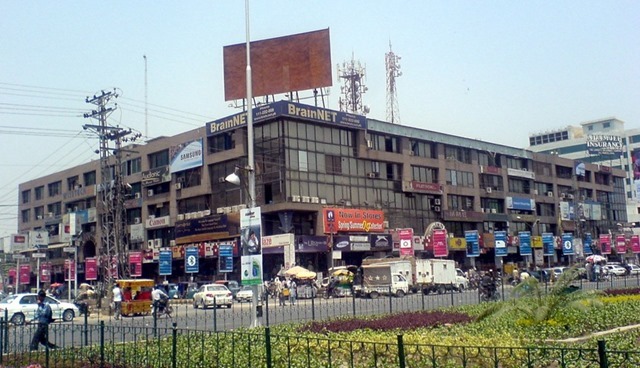 Hafeez Centre is one of Asia biggest tech markets and a whole new world in its self.

Being a Lahori, I had always heard tales associated with it. The usual one’s, regarding second hands and refurbished goods being sold and the not so usual one’s, of getting a good bargain.

In the space of a few weeks I performed pilgrimage thrice to the Holy Technology Market in my quest of buying a smartphone and finally I have formed my own opinion about it.

I went with a specific smartphone in mind, the HTC Desire 816 and boy did I have trouble finding it. Some shopkeepers even looked at me as if I had named an alien, one even tried to sell me the Desire HD!

The point being that either you go there looking for something that is easily available or start hunting.

On my first trip I did eventually find shops who claimed they had it till a few days ago but I couldn’t find the phone itself. Bad luck I guess. On my second trip, I finally found it, I could almost cry, but I guess God didn’t want me to disgrace myself as I found out it was orange in color. ORANGE! WHO BUYS AN ORANGE HANDSET HTC? HUH?

Finally, internet saves the day, I found a shopkeeper with an online website who promised me that he will have the handset back in stock by tomorrow. The next day I visited his shop, it wasn’t as glorious as I had expected, and in fact it was far from it. It was a little shop with hardly enough space for a couple of customers at a time.

As customary, the phone came with no warranty and I was supposed to check it on the spot. After my checking session I paid the shopkeeper and everything went smooth as silk.

First thing I noticed was that most shopkeepers weren’t exactly tech enthusiasts and some had no idea what I was asking them about. They have acquainted themselves to a few basic terms and that’s good enough for them.

Misunderstandings are sure a thing given their limited knowledge. So, all those looking to go there should brush up their knowledge if they want to avoid misunderstandings and coming home with something they love.

Another amazing feat of this market is the number of used and refurbished phones being sold alongside brand new ones.

What could be described as characteristic are second hand phones being sold by shopkeepers which have been “used for a week”. Some customers were being ambushed with used handsets which were competitively priced and seemed like a good bargain but I guess it doesn’t hurt to be careful before buying them as if something sounds too good to be true, it probably is.

In my opinion, one should always check everything before buying anything from there as most things don’t come with any warranty. However, the number of people buying before thorough inspection was a bit on the higher side. No wonder they don’t like the shopkeeper after a few days!

If there’s someone I have to congratulate though, it’s the Q Mobile distributors. The whole market is overflowing with Q Mobile handsets and almost every shopkeeper had two brands in his store; Samsung and Q Mobile. So Kudos to the Q Mobile team!

In light of my recent trips, I can safely say that if one knows what to buy and has done his homework on the device, then the chance of being subject to fraudulent activity decreases immensely and Hafeez Centre is one of the best places to get a bargain. However, if one does not consider himself tech-savvy enough or just wants to be on the safer side; then watch-out before riding to Hafeez Center but fear not, e-shopping is gaining trend and is here to stay.