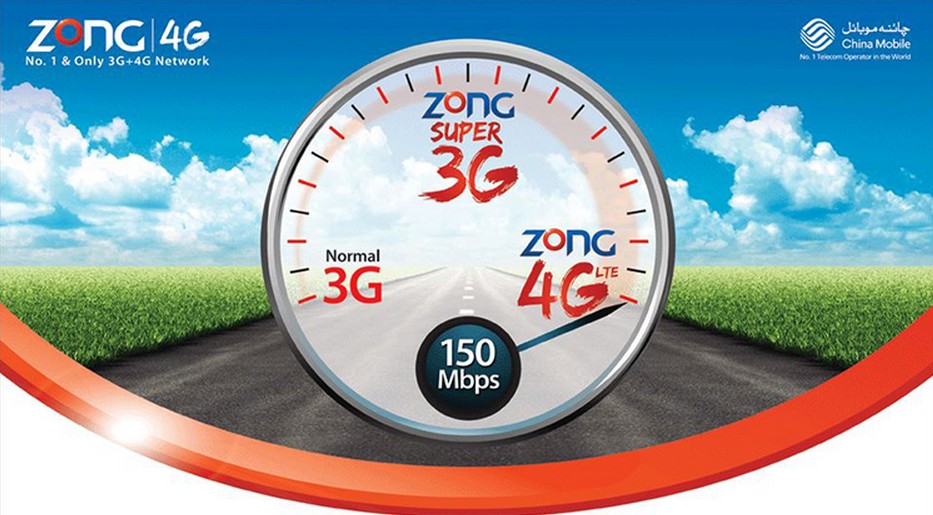 Zong is all set to launch its 4G network in next few days, most probably on coming Saturday, we have confirmed with sources.

Understandably, Zong’s 4G network will be available in chunks in selected areas of at least four cities.

According to details we have received, Zong will officially launch its 4G services in Pakistan through a ceremony that is planned on Saturday in PC Hotel Karachi.

Zong didn’t confirm us the 4G launch date, instead a company spokesperson decided not to comment on the issue.

Reportedly, Zong will initially offer free services on its 4G network, just like what other operators did during 3G trials.

A ProPakistani reader from Johar Town Lahore confirmed us that he was approached by Zong to get his SIM replaced to become an early 4G tester. It merits mentioning here that customers will have to get 4G enabled SIMs to use 4G services.

Our sources tell that very limited and selected cell sites of Zong are 4G enabled and 4G rollout on massive scale is yet to see months. Industry sources (close to PTA) confirmed ProPakistani that Zong is asked to launch its 4G network ahead of Warid, because Pakistan Telecommunication Authority wanted to give the Zong a competitive edge for becoming the first 4G operator in the country.

Warid, on other hands, is all set to launch its 4G network around mid-October. If sources (close to PTA) are to be believed, Warid has been asked by regulator to delay its launch by two weeks through an understanding according to which Warid was allowed to launch 4G services without any new license, a similar service for which Zong bought extra spectrum for a sum of USD 210 million.

Various ProPakistani readers from Lahore and Islamabad have shared with us Warid’s LTE network availability screen-grabs. Check one below screenshot shared by Hikmat Baber from Kalma Chowk Lahore: 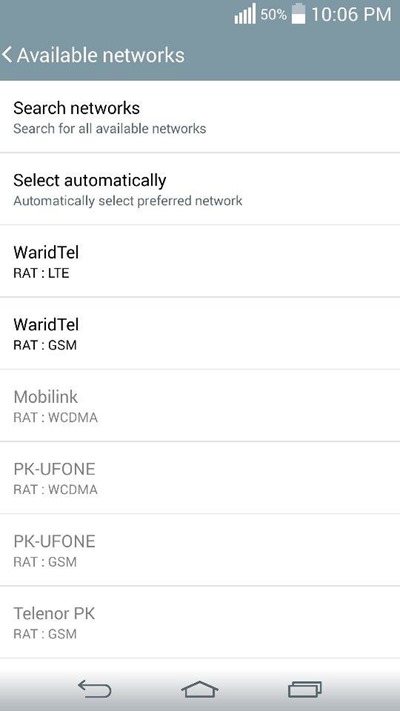 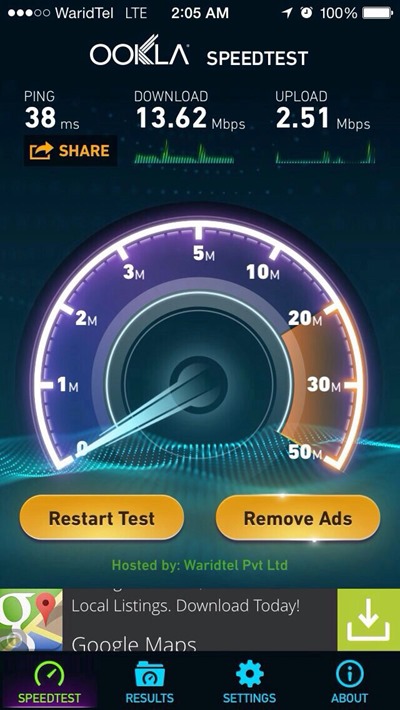 While Zong and Warid are up for a competition in 4G networks, the ultimate beneficiary will be the cellular users of the country who would be getting 4G networks for their communication needs in Pakistan.

Not to mention, Zong will have an advantage of offering 3G network to customers as a back-up (failover network) in areas where 4G wouldn’t be available, unlike Warid that doesn’t offer 3G services yet.

Assuming the performance and coverage issues of 3G, let’s not expect much from 4G networks yet. However, with time, productivity and efficiency of 4G networks (or 3G networks for that matter) will only get better.