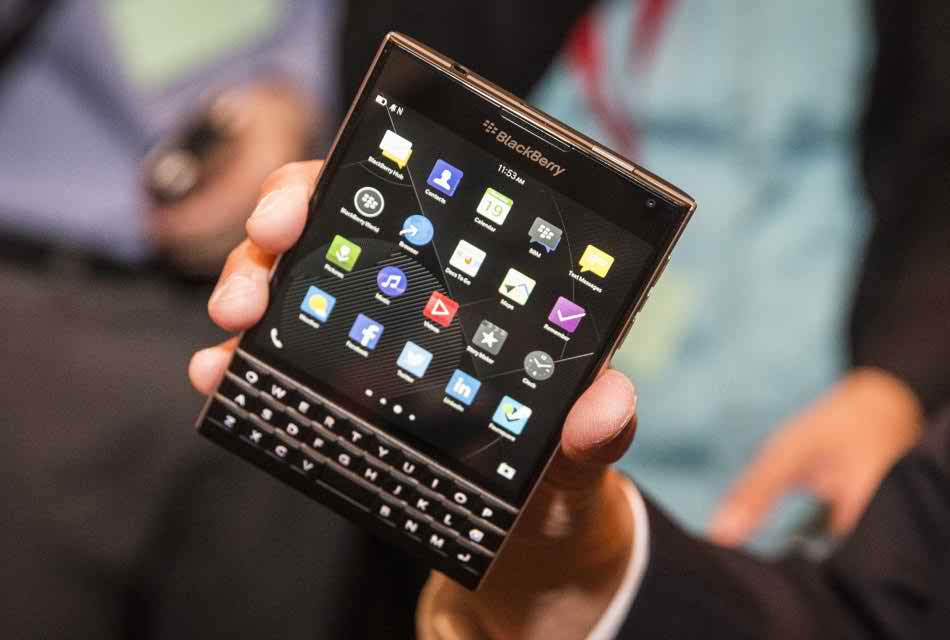 It is amazing to think that BlackBerry’s used to be the most coveted devices even five to six years back. The failure of the company to adapt to the challenge mounted by Android and iOS has resulted in them becoming almost irrelevant in the Smartphone space. But if the latest BlackBerry Passport is any indication, BlackBerry won’t go down without a fight.

The BlackBerry Passport is one of the quirkiest looking devices we have seen in a while. The first thing you notice about it is that it is a square. In a market dominated by rectangular slabs that look the same once the protective cases go on, that isn’t a bad thing at all. Another detail that immediately jumps out is the presence of a three row physical keyboard, which also acts as a track-pad.

The handset is most definitely a premium device. It has a metal frame, a high grade polycarbonate back and a 4.5 inch display with a resolution of 1440×1440 pixels. The keyboard is arranged in a QWERTY format over three rows and BlackBerry claims it is one of the best the company has ever produced.

BlackBerry has traditionally underwhelmed when it comes to hardware but that is not the case here. The Passport is powered by a 2.26 GHz quad core processor and is paired up with 3GB of RAM. The 32GB of internal storage can be extended through a microSD card slot (up to 128GB). At the back, you’ll find a 13MP camera that can shoot 1080p video at 60 frames per second. Frequent charging won’t be an issue with a massive 3450mAh battery which should easily last a couple of days.

Software wise, you get the latest BlackBerry 10.3 OS. The app store for BlackBerry is still pretty light but the ability to side-load Android apps somewhat offsets that disadvantage. The whole operating system is designed for professionals to get work done and it excels at that. The wider screen lends to a more pleasant reading and editing experience and new features like BlackBerry Assistant and BlackBerry Blend are welcome additions.

Overall, the BlackBerry Passport seems like a really good device. It has a great screen, an unusual form factor and great hardware. It is not going to win in a head on battle with any of the latest Androids or iPhones but maybe it doesn’t have to. The phone is going to appeal to a niche audience and with BlackBerry fighting to stay relevant, the Passport achieves that.