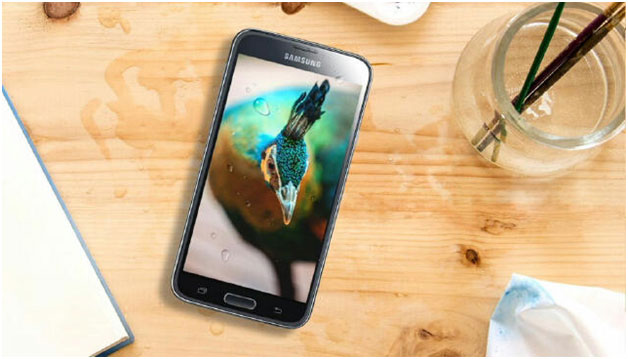 After a good round of rumors, Samsung unveiled the Galaxy S5 Plus that is a Snapdragon 805 version of the company’s 2014 flagship. This successor is the small late season upgrade, like the Galaxy S4 LTE-A, which was launched late last year.

As you may know, the Galaxy S5 originally made an appearance last year with the Snapdragon 801 chipset that included a 2.5GHz quad-core processor, and now this new processor model is also equipped with same 2.5GHz but has a new core that is Krait 450.

The chipset also carries a new generation GPU – Adreno 420 – breaking away from the 3xx series. The other major change is the inclusion of 4G+ LTE connectivity because of which download speeds have been upgraded to up to 300 Mbps whereas the upload speed remains at 50 Mbps.

Along with it, it carries 2 GB of RAM, 16GB internal memory backed by same battery constraint that is 2,800mAh.

Appearance wise, the device looks exactly like the S5 sporting the very same specs – 5.1″ 1080p display but this time not with a qHD screens. Weighing 145 grams and having dimensions of 142 x 72.5 x8.1mm, the phone is still dust and water proof (IP67) with S Health, Heart Rate Monitor, Power Saving Mode, Ultra Power Saving Mode, the fingerprint sensor on the home button amongst others.

However, the phone has the startling 16MP HD camera with 4K video function on its back and a 2MP Front Face camera as well. While, the connectivity options include NFC and Bluetooth 4.0.

Concerning to its availability, it has made an appearance in the Netherlands in colors of black, blue, white and gold but so far availability in other regions with its pricing tag is to be released by tech giant.

Here is a quick view of specifications of Galaxy S5 Plus: