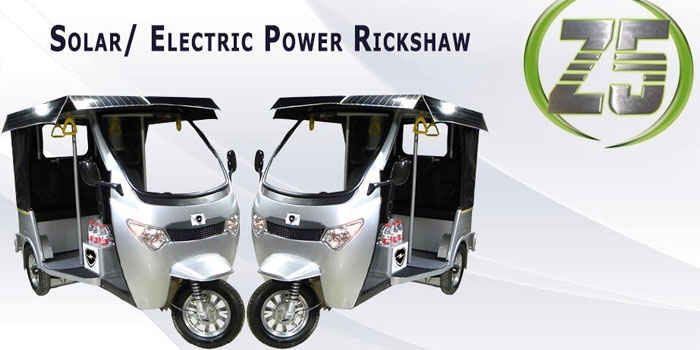 It seems like a great time for electric vehicles in Pakistan. We are seeing more and more hybrid cards on the street, initiatives aiming to replace motorcycles with E-bikes are gaining steam and now, we will also be seeing the Electric Rickshaw on roads in Pakistan. The new vehicle is called the Z5 E-Tricycle and it is going to be launched by Zar Motors.

The E-Rickshaw looks sleek and visually, it is a step up to the traditional ones we see on the roads currently. It converts sunlight into energy and is expected to have significantly lower running costs. 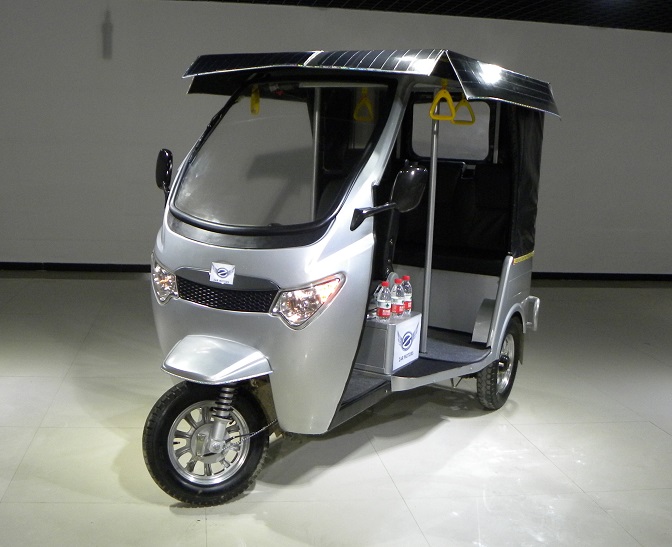 The biggest issue for electric vehicles is charging and it seems like the Z5 takes care of that nicely. It can be charged through any normal outlet (100V-240V) just like your cellphone. You can charge the battery up to 80% capacity in 2 hours while a full charge would take around 7 hours. The 80% charge will last for about 50 kilometers.

While there is no information about pricing just yet, it’s safe to assume it will cost more than a traditional rickshaw. According to the company’s own estimates, the cost of buying an E-Rickshaw will be paid off in 14 months. The Rickshaw will have capacity for 1 driver and 3 passengers although it can be extended upon request.

For major cities like Lahore, the E-Rickshaw could be an amazing replacement. We know that we’d prefer it over regular rickshaws for the noise and air pollution reductions alone.

Khwaja Ahmad Hassan, adviser to CM Punjab, was recently seen testing the Z5 E–Tricycle recently at the CM Office in Lahore. That makes sense since the use of these new vehicles is already covered under the Rozgar scheme by the government. We just hope that the benefits of the E-Rickshaw outweigh the initial costs so that Pakistan can move towards a greener future.

The price and availability of the E-Rickshaw are unknown at the moment.

Detailed specs for the Z5 R-Tricycle are provided below: