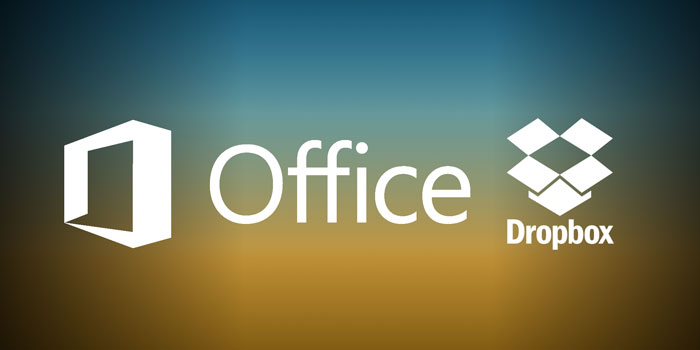 In an effort to put a check on Apple’s increasing penetration in the corporate space after its deal with IBM, Microsoft is focusing more on innovating its trademark tool which has been the productivity juggernaut since years: Microsoft Office. On November 4th, Dropbox announced in a blog post that it is joining hands with Microsoft to roll out features which will allow the users to access and edit their office documents from Dropbox apps. Today, new features have been launched in the updated versions of Dropbox apps for iOS and Android.

Dropbox hosts 35 billion Office documents, spread sheets and presentations. Majority of businesses, enterprise and home users use Office for creating documents, presentations and spreadsheets. Microsoft’s new CEO, Satya Nadella, has emphasized the importance of Mobile and Cloud ever since he took his new position. Nadella is taking some bold and practical steps to achieve milestones in the said domains.

Using latest Dropbox-Microsoft integrated features, you will be able to create, edit, save documents directly from Dropbox apps. Changes will be synced across all devices. Microsoft apps are linked to Dropbox mobile apps after the new partnership. Consequently, you can just hit the “Edit” option in the new Dropbox app to open the office document for editing.

The new partnership will also allow users to access Dropbox from Microsoft Office apps. Sharing of links to saved documents directly from Office apps is also a part of this new partnership. Apps will be updated with new features step by step.

Dropbox is currently being used by more than 80,000 business entities and hundreds of millions of individuals. Its new partnership with Microsoft will give a plethora of features for users to save time and enhance productivity. However, Microsoft’s OneDrive, a Cloud storage service similar to Dropbox, may face depletion in terms of popularity and usage.

You can grab the latest Dropbox app version to check out the new integration with Microsoft Office. Let us know how was it.