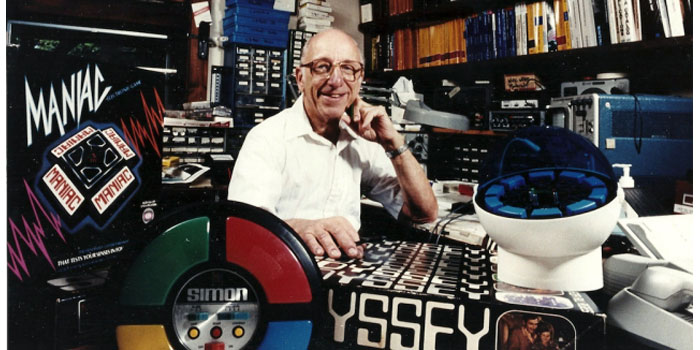 Ralph H. Baer, widely credited as the pioneer of the video game industry has died at the age of 92. Baer was the force behind the first ever video game console, the “Brown Box” or better known as Magnavox Odyssey. He also held around 150 other patents.

Obviously, the same concept is still used in game consoles today. In the late 60’s, he started exploring the possibility of playing video games on a TV.

Under a budget of $2,500, he finally came up with a console in 1968, though it took him a while to find a manufacturer. Then Magnavox said yes and the console was eventually released in 1972. Overall, about 350,000 units were shipped in four years, and for a time the Odyssey was the company’s most profitable product. You can argue it’s also the most popular.

Ralph Baer is also known for other popular toys, such as Simon, but another of his major contributions is in the peripheral industry. His light gun accessory, the Shooting Gallery is widely considered to be the first accessory for a video game console.

He continued his work in technology until his death. In 2006, he was awarded with the Presidential Medal of Technology. In 2010, he was inducted into the National Inventors Hall of Fame. Baer, a Jew, escaped from the Nazi Germany in the 30’s and had a BS degree in Television Engineering. His death is undoubtedly a great loss for the entire industry.