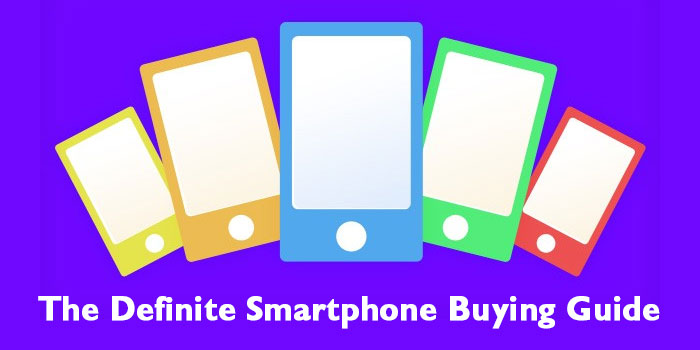 Not all phones are made equal. We have high-end ones, mid-range ones and low-tier ones. We have pricey flagships at one side and the budget-conscious ones at the other end. Well we also have some low-quality clunkers out there that need to be avoided at all costs.

But not to worry, as this guide is geared towards people both well-versed in the technical specs of phones out there as well as the casual person who just needs a phone that gives them the best value.

The bare basics of choosing a smartphone

Smartphones have come a long way. Manufacturers such as Apple, Samsung, HTC, Motorola, LG, Oppo, Microsoft and more keep on surprising us by how much power and performance they can cram into their phones today.

For the smartphone buying customer in 2015, here are some of the basic features they need to look out for:

So without much further ado let’s go in-depth with these features.

Ask any smartphone owner about the biggest annoyance on ‘modern’ smart phones of today and many people will say battery life as if it was some plague on earth. Many phones are constantly cramming bigger batteries and battery-saving tech in their phones so that running times can get better.

For first time buyers, remember this rule of thumb – get a phone with at least 2000 mAh battery as a baseline, specially if the screen is above 4.7 inches. This can ensure that you make it through your phone throughout one and a half day at least. Results may vary based on the display size and usage patterns but generally speaking this is the right approach to choose a phone.

If you want to go for the best : High end phones like HTC One M8, Samsung Galaxy Note 4, iPhone 6 Plus are all putting 3,000 mAh batteries in their phones. Please note that bigger batteries may not necessarily mean longer runtimes. These high end phones have humongous displays and bleeding-edge tech on them which can affect battery life.

If you are going for mid range : Some of the mid to high end phones also come with battery saving innovations that can help you get extra running time from your phones. Phones like the Moto X (2013), HTC M7 are examples of software optimizations helping and enhancing battery life.

Since this is a guide geared towards casual users AND power users both, we will simplify this.

Many smartphone manufacturers have a habit of installing junk software. For Android users, going with either a Nexus or Motorola brand is a good choice if you like vanilla Android. Samsung and Sony and HTC feature modified skins that are required for their special phone features to perform as advertised. Anyways, thanks to Google, phones in 2015 will have less crap apps on phones.

Apple iPhones don’t tend to have some extra apps by comparison, other than those which are part of its OS. Same goes for Nokia (or is it Microsoft now?) Lumias.

Do you want the extra real estate on a phone or not? Do you want a small, portable and a more ergonomic phone or a device that makes consuming media and reading stuff a lot easier? This is more a matter of personal preference.

Things that people should probably keep an eye on to ensure that they choose the right phone display quality:

Many phones come with the front and the rear camera both. But which one is worth your while? This guide can tell you how to settle for a good camera.

Last but clearly not the least, you want phones that perform like race cars. You don’t want your apps or games to limp along and take forever to load now do you?

The last word on buying phones from local markets

They say to be forewarned is to be forearmed. Now when you either order the phone online (go for stores with proven track record in returning and replacing sets) or pay a visit to your local mobile market, you will be in a better position to cut through the hyperbole the mobile wala feeds you.

Most of these shops let you test out the phones and you will have an overzealous shop keeper telling you how that phone is the best thing since sliced bread (or naswar if that’s what they are into). They say that about all the phones to all the people all the time. But of course, you know better than that.

Now that you know which specs matter (and which don’t), you won’t ever have to encounter buyer’s remorse. Which brings us to the question of warranties. A lot of shop keepers promise you the moon and offer you ‘checking’ warranty of a few days or a year (depending on the smartphone model). Insist on seeing the warranty card first.