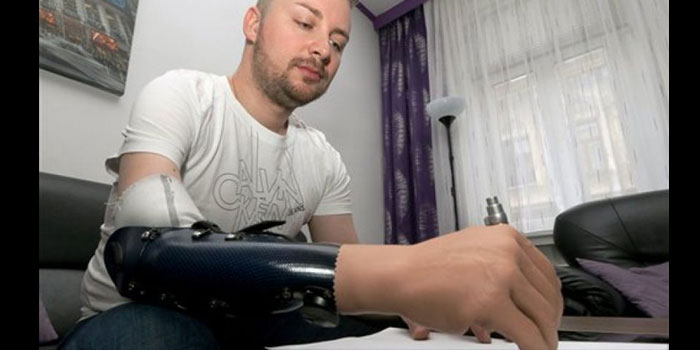 The advancements in science and technology never seem to amaze. It’s been a while since the benefits of technology expanded to fields of health and medicine, which is for the best. Bionic hands have been relatively one of the more recent developments in that regard. That’s precisely what three gentlemen have to thank for who lost their hands in severe accidents that left them paralyzed.

Oskar Aszmann from Medical University of Vienna in Austria was able to replace them with prosthetic hands that allowed patients to maneuver with their minds. Aszmann believed that despite the severe nerve damage during the accident, there were sufficient nerve fibres to keep it alive. Mind you, it’s not live enough to drive a hand but the prosthetic hand instead.

Before the main procedure, Aszmann had to transplant leg muscle in the patients’ arms in order that the signal could be boosted from the rest of the nerve fibres. They were asked to train their brains once those nerves grew into muscle. This would often involve activating the muscle with the help of an armband sporting sensors to detect electrical activity. They went one step ahead and began to control a virtual arm before the arms were amputated and replaced with standard prosthesis.

The patients can now partake in activities such as do up buttons, pour water and pick a ball and throw it. They were also able to score 65/100 (previously 9/100) in an official limb function test after the surgery. This idea was only practically possible because of prosthetic hands having their own source of power. The patients would plug the prosthetics to charge each night for the next day’s use. Once they have power, it’s all upto the nerves to transmit signals to the electrically charged prosthetic.

On a limb test functions, scores for patients went from 9 to 65 out of 100, a remarkable improvement

Aszmann clarifies that the surgery does not grant the sense of touch. Since merely 10 percent of the 70,000 nerve fibres happen to be motor fibres, a severe accident such as this more often results in the loss of sense of touch.

It’s still appreciable that the men have many of their hand functions back, which is what most amputees yearn for. The team now plans on building a prosthetic that also allows transmission of information from the hand to the brain courtesy of implantable wireless technology.