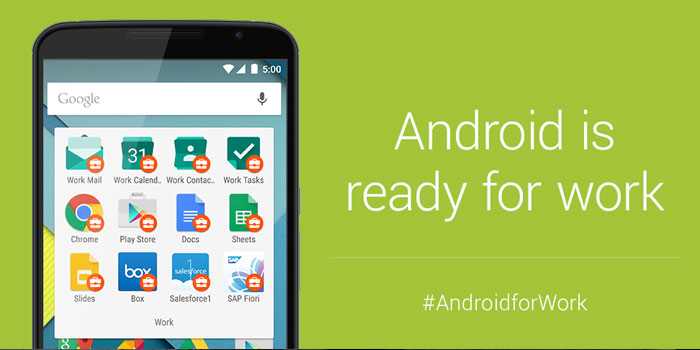 Announced in mid of 2014, Google’s Android for Work initiative is finally ready for prime time. The program separates your work and personal profiles so both remain primitive and secure. The service works on any Android 4.0+ running phone but full features will only be available in Lollipop.

The main goal of the initiative is spread out four-folds. The first is to separate both your work and personal life. You don’t actually switch between those two, as there’s a logo to distinguish between them. Companies can obviously manage those apps as they want, but won’t be able to pry into any of other settings. The IT team have the liberty to manage the data as they want. 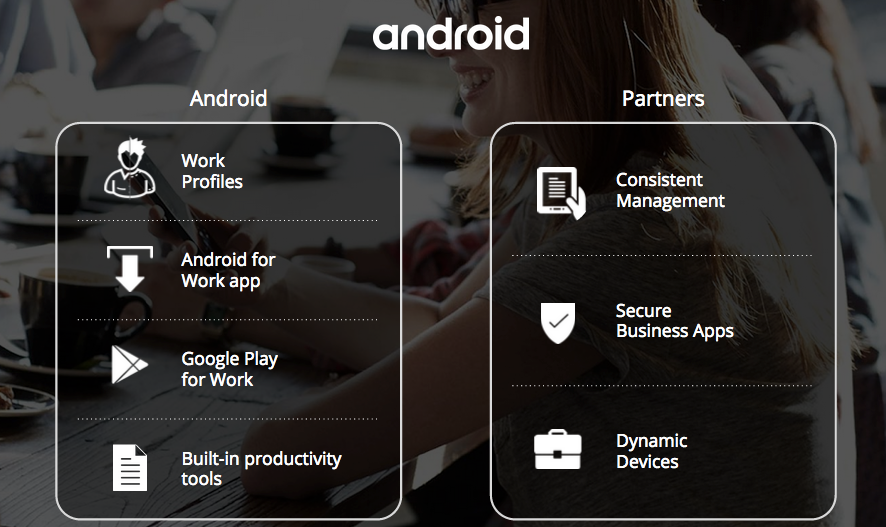 The second goal is to bring the initiative to as many people as possible, so people with older devices can use the service as well. Users running on Ice Cream Sandwich and later can download the Android for Work app from the Play Store but won’t have separate profiles. That app will provide all the data that is shared by the company.

Third is Google Play for Work which simplifies the process of distributing specific apps to employers. Last is the set of productivity tools for email, contacts and calendar, which supports Exchange and Notes, apart from bringing document editing capabilities.

While the initiative was invite-only at first, anyone can be a part now. Current partners include Sony, LG, HTC and even BlackBerry, although Samsung may not be as keen as it has its own Knox service. While security concerns will remain a hurdle, if successful, Google might have a real winner in its hands.