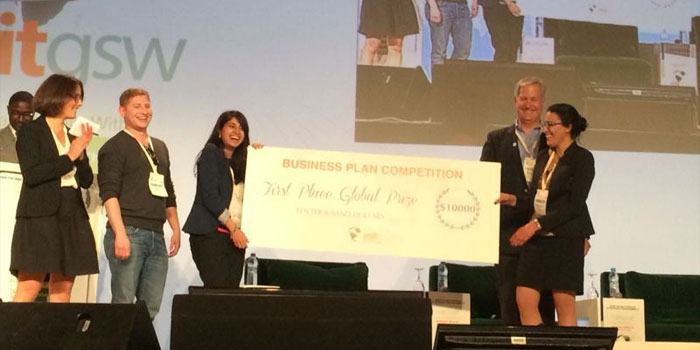 Y Combinator (YC) has had a good track record of funding startups as entrepreneurs embark on their business journey. It has now launched Gradberry, a Pakistani startup, in order to facilitate the process of connecting US companies with talented folks the world over. It has not been smooth sailing for Gradberry to get accepted by YC; it’s an outcome of long, hard struggle.

Gradberry allows candidates to create a profile and link it to their online portfolios, previously completed projects, GitHub and LinkedIn profiles. The profile is first assessed by the professionals at Gradberry before they are passed clear for potential employers to view. Interestingly, Gradberry has had two failed applications to YC in the previous three years as it worked on various products across many continents.

The founder, Iba Masood from Karachi grew up in the UAE and was fond of technology from the very beginning. She was fortunate to have met a self-taught developer, Syed Ahmed who was interested in starting a company with her. Interestingly, both their parents wanted them to start a more traditional business but the two were more interested in all things startup.

They noticed the skills gap and started to develop courses that local employers demanded most. Gradberry’s model operated differently compared to the usual courses that let candidates apply to a job only when they have taken a course.

In this case, candidates could apply straightaway and take courses offered by Gradberry if they do not qualify. It was relatively slow going for Gradberry in the first two years with the business operating within the region. Even when they required funding, investors would often misconstrue their vision and offer unacceptable terms.

Masood and Ahmed had to turn to business plan competitions with no access to capital. [email protected] in 2014 under U.S Department of State’s sponsorship was one of the lot. It allowed bright minds from central Asia to gather under one roof, meet with mentors and face off other teams in order to win grants.

Gradberry was able to clinch $5,000 in the finals which potentially started things off for them from the financial perspective. They even went on to win the MIT Global Startup Workshop later in the same year. This is when they were confident that their dreams could actually materialize.

Gradberry was later accepted into a accelerator program based in Boston called MassChallenge. The program was to span four months with no funding, though. It was a hard time for Masood to spend with less money at her disposal. It meant occupying a room for months that lacked a mattress and a few hours of sleep on a couch in the MassChallenge office where she was charged nothing for heat.

Aside from those hardships, MassChallenge offered Gradberry a great opportunity to meet mentors and fine tune their methods of operation. Gradberry was initially producing the educational courses on their own but they were pointed towards the idea of hosting content instead since there was sufficient content on offer.

Following this transition, Gradberry team confidently applied to YC where their application was already declined twice. The persistence paid off as they joined the December batch.

Gradberry of late is also one that has undergone transition. As mentioned before, it assesses profiles of candidates before verifying it for potential employers to view. Eight out of every ten verified candidates are usually interviewed whereby Gradberry is granted a commission per placement of $8,000. In case a candidate is disapproved, Gradberry has the chance to suggest how the candidate could still benefit.

Gradberry has now registered as many as 106 companies from merely 31 companies since the start of last month. This growth is mainly attributable to US employers that offer a vast majority of job opportunities. Nearly 55 percent of these are registrations from other YC corporations. It also screens up to 30 candidates coming from over 20 universities.

Gradberry is focused on capitalizing its exalted position among other recruiting companies and improving its processes. Let’s see how much they can differentiate themselves in the near future.