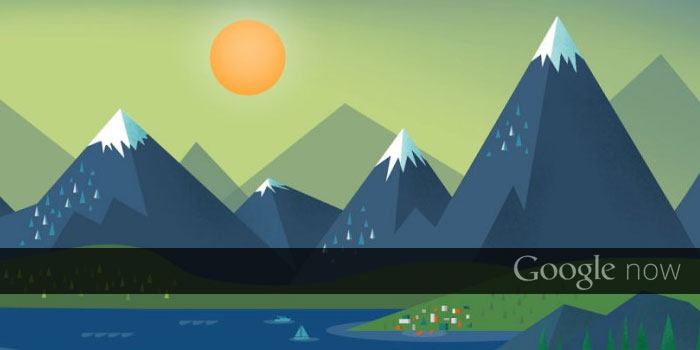 Google Now was always shaping up to be quite a useful notifications hub for Android users. Until now, the card based dashboard would merely provide notifications depending on where one is based. This would often involve the use of services such as Maps, Search and Gmail. Google is looking to capitalize and make the experience even better for Android with its API being opened to all app developers.

This newly planned development paves way for notifications from all apps being fed in a unified Google Now platform. Integration of apps in this fashion is not entirely new to Google; it has already got 40 apps within its pilot program which is capable of integrating the likes of ticket codes and location-based rewards and so much more.

With the company of even more app partners, Google Now can achieve much more than it could before. It all becomes a matter of a single tap on your device to access your favourite music albums or a new entrée in your nearby restaurant. What makes this special is the fact that you do not even require a particular app to achieve this; it’s merely a one-tap affair. Talk about making life easy for users.

Google Now is smart about which information it presents rather than force feeding you with information you least likely care about. The control is in the hands of the user as one swipes cards that are not needed on the display. It’s probably safe to assume that Google Now could potentially replace the app center on your device, courtesy of a sea of pertinent services it contains within.

Google hasn’t revealed a time frame for opening th API for all app developers but unveiled plans of adding more cards to the mix as it becomes available to more app developers over a period of time. It stresses that third party app developers will require some time to fine tune Google Now experience once they are granted access. All in all, it’s quite a comforting thought to have all the necessary stuff in one’s digital zone on one screen rather than having it cluttered within various apps.