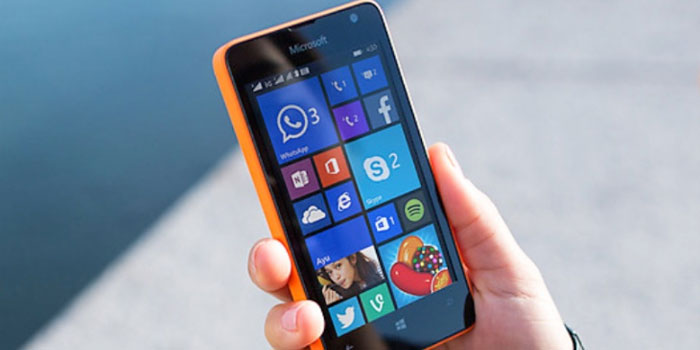 In the low-end segment of the Smartphone market, one can argue that only Motorola and Microsoft offer phones with a decent experience. It is no surprise then that the latter is further lowering the bar now with the announcement of the $70 Lumia 430, which offers a fine feature set for its price.

The display at the front is 4” with 480 x 800 resolution and 235 ppi. The design is usual Lumia. The OS running on it is Windows Phone 8.1, which is said to be upgradeable to Windows 10, quite a treat for this price. There is also dual-SIM connectivity.

Underneath, you get a Qualcomm Snapdragon 200 processor with a respectable 1 GB RAM and 8 GB storage, which is said to be expandable by an impressive 128 GB. At the back lies a lowly 2 mp camera which is clearly the low-point of the package but trade-offs are to be expected.

Last is the 1,500 mAh battery. Price is set at $70 which is quite competitive and under the budget for a large number of people. This is clearly a new high-point in the low-end range of Lumia phones.