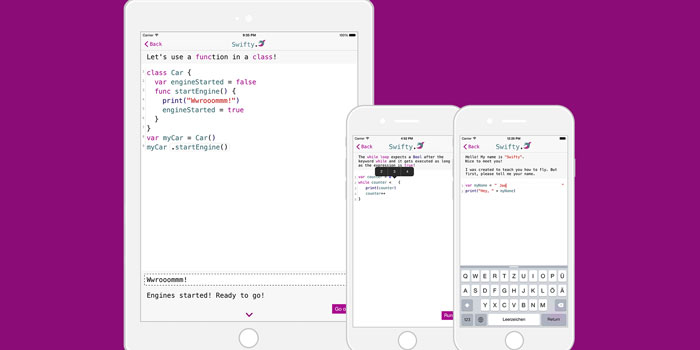 The announcement of Swift, Apple’s new programming language for iOS and OS X at Worldwide Developer Conference 2014 came as a bit of a surprise.

It is no secret that iOS and OS X apps were previously written in an old programming language, Objective-C. Despite having a concise syntax that is much easier to work with compared to Objective-C, Swift can not be approached without any guidance. Swifty proves its worth as an extremely helpful app in that regard.

Primarily meant for those who are new to programming, Swifty is an app that offers an interactive experience with a number of tutorials on reading and writing code. During the entire process, the app guides users through Swift basics not only on iPhone but iPad as well. 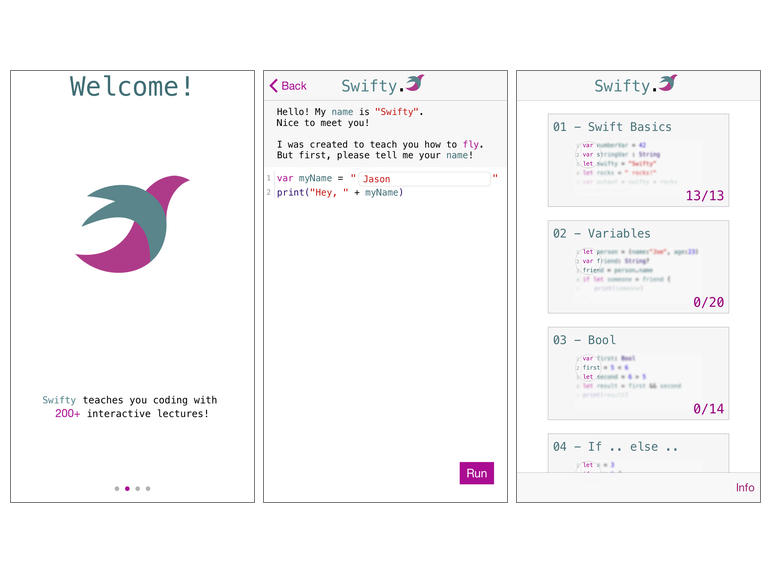 Over 200 tutorials featured in the app start from the rudimentary data types to the more advanced programming methods. Realizing that iPhone keyboard is far less than ideal to write code, the app developer designed an interface that only gives users the impression that they are coding when it actually functions as an interactive quiz.

Each time users start a tutorial, they are welcomed by a line or two that recap the previosuly studied concept or a fresh one on offer. Some lines of code are displayed below it alongside an empty field. Users can tap the empty field so as to choose the correct option from plenty on display. Once an option is chosen, the code is run and the result shown in an instant courtesy of the app’s immediate feedback capability.

Swifty provides over 200 tutorials to learn Swift, the language in which iOS apps are written

The app may give users the illusion that they are writing working code but in essence, the output displayed below is pre-written. The developer favours this format in order to get users to adapt to the way Swift code looks especially in regards to its format of block creation of code in their respective classes.

The developer is confident that Swifty will significantly help those who are unsure of where to begin as they create iOS and OS X apps. More advanced lessons are already in the pipeline.

Swifty is available for free in the App Store. In case you are unsure about spending $2.99 for unlocking each lesson on offer, you may try the first 13 lessons free of cost. Surely, it’s atleast twice better to give this approach a go than delving into books full of text and jargons.