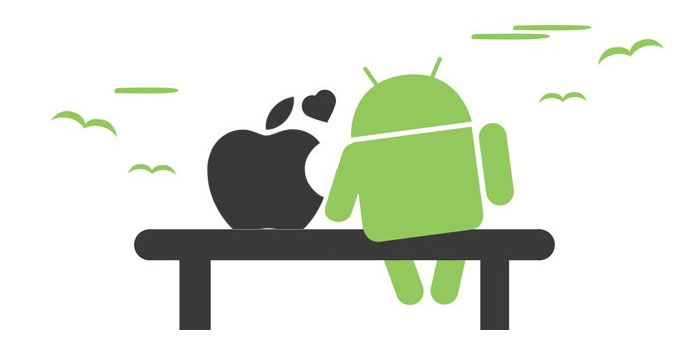 The latest press release by IDC, detailing the results for worldwide smartphone operating system market, spells great news for Android as well as iOS. It seems like the two leading operating systems only strengthened their control over the market in 2014 with a combined share of 96.3 percent (previously 96.3 percent).

Truth be told, it’s Android that actually rises from 78.7 percent market share to 81.5 percent to tighten the lead over all the rest. Conversely, iOS share slightly dipped from 15.1 percent to 14.8 percent in 2014. Luckily for Apple, the launch of iOS 6 translated in an increase in shipments by 25.6 percent. Given its bigger display size, iPhone 6 was able to fulfill the market’s primary demand.

Samsung maintained its exalted position as the leading Android mobile manufacturer after managing to ship over 1 billion smartphones. This is a clear improvement over the 802 million phones shipped in 2013. In terms of total volume specifically in 2014, Samsung was more or less consistent with its previous records. The top scorers in this regard were: LG, Huawei, Xiaomi and ZTE. 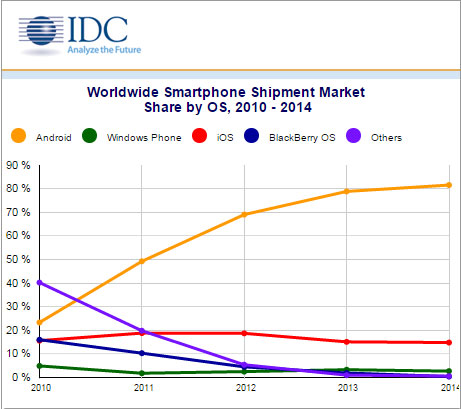 Microsoft could manage to ship 34.9 million Windows Phone devices last year compared to a relatively close figure of 33.5 million in 2013. It’s evident that the main focus of the company remained on feature phones as well as budget Smartphones once it acquired Nokia. One can expect that they will turn their sights back on the high end market with the release of Windows 10 in 2015.

Finally, Blackberry turned out to be the unfortunate rival OS among all others to register a significant loss as the market share nosedived from an already meager 1.9 percent to an abysmal 0.4 percent. CEO BlackBerry John Chen is still hopeful that the anticipated sale of 10 million smartphones this year will boost profitability and shift the momentum in BlackBerry’s favour again.