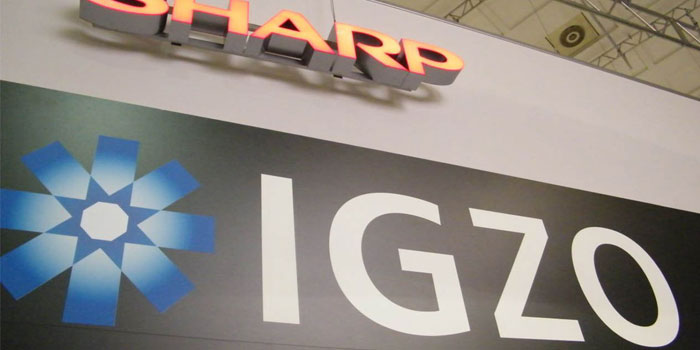 Since the arrival of QHD displays in the mobile space, manufacturers have been seeking ways to one-up their rivals by offering displays with even greater number of pixels per inch. After Samsung hinted at packing a 4K display in its forthcoming Galaxy Note 5, Japanese LCD manufacturer, Sharp, has unveiled the world’s first 5.5-inch IGZO mobile panel that offers a native resolution and pixel density of 2160 x 3840 pixels (4K) and 806 PPI respectively.

For the sake of comparison, QHD Smartphones like the Samsung Galaxy S6, LG G3, and Nexus 6 feature a PPI of 577, 538 and 493 respectively, while HTC’s One M9 offers a lower 441 PPI with its 5-inch full-HD display. The new display is scheduled to go into production sometime in 2016.

It’s an important question to ask, given the additional price consumers will have to pay for getting devices with such small 4K displays. It is generally believed that the move from 1080p to QHD has only brought minor benefits to visual quality on a mobile screen, so 4K’s superior pixel density is likely to be even less noticeable. However, native support for 4K content would allow smartphones to benefit from further progress in mobile video capture and playback technologies.

What about Virtual Reality?

An area where this technology could bring a huge difference is Virtual Reality (VR). With the recent surge of VR technology, manufacturers of headsets could benefit greatly from Sharp’s 5.5-inch 4K display panels. This is mainly because the viewing distance when wearing a VR headset is far closer than it is for mobile applications. The higher a display’s native resolution and pixel density, the less likely it’ll be for an individual experiencing VR to view adverse visual artifacts such as the screen-door effect.

What’s next for the display technology?

If the leap in pixel density wasn’t already massive enough, we may potentially be seeing smartphone displays with a native resolution of 4320 x 7680 (8K) in the not-too-distant future. To put things into perspective, this is 16 times as many pixels as that of a 1080p display. LG is currently busy making 27-inch 8K displays for Apple, therefore it’s only a matter of time before the technology can be carried over to smaller displays.