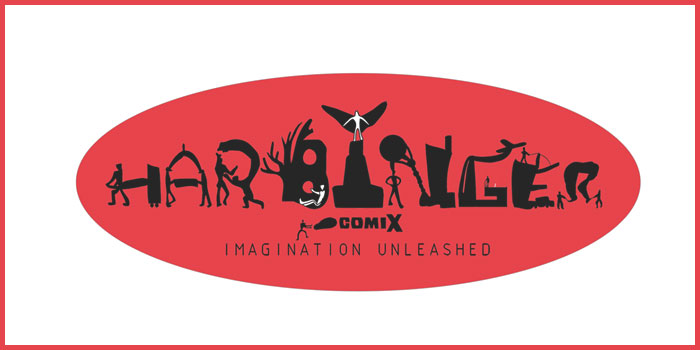 Recently I wrote about some of the top segments to get into for a startup, and mentioned how the teams at both Plan 9 and LCE (LUMS Centre for Entrepreneurship) are doing a great job at incubating and mentoring some exciting startups. Well, we got in touch with a current project, Harbinger ComiX, at LCE and asked them a few questions.

Here is what the Writer & CEO at Harbinger ComiX Mohammed Qasim Mehdi had to say:

Tell us a bit about your team and how did you come about the idea of developing comics? 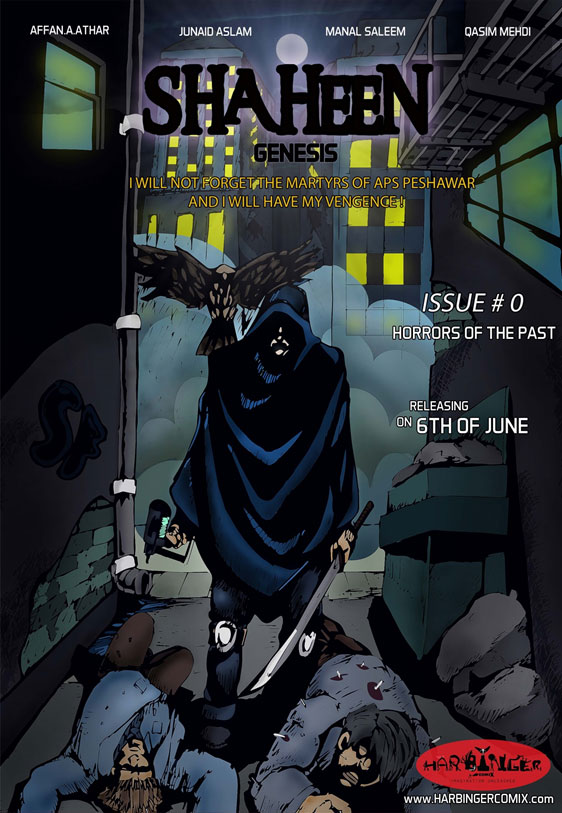 My team includes students and graduates of LUMS, BNU, Utrecht, LSE, Cambridge and Columbia University. All of us are experienced and passionate writers, artists or intellectuals who are sick of ideological extremism in Pakistan and partly across the world. Right now we have 5 co-founders, 3 employees and 4 volunteers.

On 16th of December 2014 the devastating attack on APS Peshawar took place. I was shell shocked. I wanted to vent my fury, but I was not certain how to unleash it. Few weeks later, the unfortunate Charlie Hebdo shootings occurred.

And there I found my answer. Comics are not just for entertainment, they hold the capacity to be shaped into a philosophical weapon. After discussing my ideas with my close friends we decided to co-found a comic company; Harbinger ComiX.

What is the concept behind Harbinger ComiX and who do you consider your target audience?

Harbinger ComiX motto is imagination unleashed. And we want our readers to raise their voice and ask complex questions. Question that deep down inside of us we all are afraid to ask.

By bringing this controversial content to forefront, we want to challenge the norms and smash the false paradigms on which this world rests. Our target audience varies with our content. For example, the Shaheen Genesis storyline is for young adults, while the Hassan and Alia series is aimed for children.

Shaheen Genesis is a story of survivor of APS Peshawar attack. The kid named Rohail Shazad grows with frustration and rage. He is maddened by the injustice and inequality in our society. I won’t give much spoilers, just visit our web page to read the comic.

How did you end up at LCE?

I am a graduate of LUMS and thanks to couple of my friends who have graduated from LCE’s incubation program, I was familiar with the place. Once the conception of Harbinger ComiX had been laid, I knew we needed a powerful kick to direct us in the right direction. LCE came first inside my head, so I went there and pitched them my idea. They liked it and now we are incubated.

How has the experience been at LCE?

It’s amazing. This place is a haven for budding entrepreneurs. The rigorous training and the sophisticated ambience provided by the LCE mentors and staff forces the best out of you. 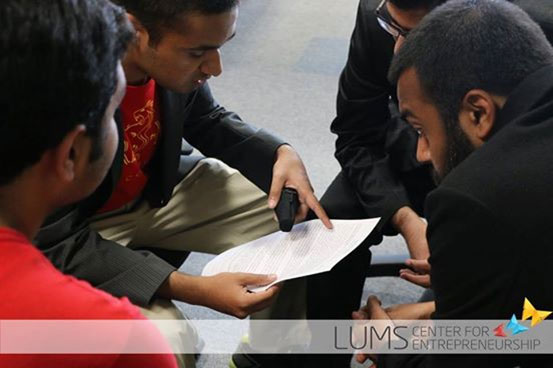 Tell us a bit about the creative process?

There are five steps to create a comic; writing, sketching, inking, coloring and lettering.

You can check this process visually on the following page of our webpage. It is important to note that after I write the comic, its content is shared with students of LUMS, Cambridge, BNU, Columbia and LSE. These students give their intellectual inputs. The comic is then reshaped. Then the written text is forwarded to the sketcher. The sketcher uses his imagination and converts the texts into concept visuals. These visuals are forwarded to the inker; he/she digitally inks or creates the line work. Next the text is passed to the colorer, as the name suggests, this individuals digitally colors the image. Finally the colored images land on the letterers desktop. The letterer panels the images and creates thought squares and bubbles.

Any real life inspirations for your characters or the storyline?

It might sound cheesy, but with utmost sincerity, our inspiration is humanity. More specifically those unsung heroes and heroines who are victims of extremism and those individuals who are crushed under the weight of poverty and injustice.

How much of your time and thought goes into character development?

Character development is the toughest part in the comic. You see, the writer first writes down the script. And then script is shared will all of the co-founders and employees involved in the creative process. These individuals then give their criticism and provide the feedback of comic.

Then comes the hard part, which aspects to select or discard. That’s not the end, next the sketcher has to unleash his imagination. This is a tough shell to crack as well. After the concept sketches are found up to the mark, only then does the character development ends.

How can one get copies for Shaheen: Genesis?

The first issue is available for free here. The print version will be available in couple of month time. We are also planning to release an Urdu and Pushto version of the comic.

Tell us a bit about your second comic project Hassan and Alia?

The targeted audience for this series is young children in public primary schools. The aim is to enhance the reading skills and analytical skills of the young students. The company is currently seeking partners for this venture.

Critical issues such as women empowerment, financial empowerment and enhancing of critical thinking have been discussed. The crux of the argument within these comics is that we want our young readers to be vocal and question the derogatory norms taken for granted within our society.

What are your future plans for Harbinger ComiX?

Free comics are just the start. As soon as we secure investment, we want to go international and target the Pakistani diaspora aboard. This will be done via Mobile app. More importantly, over time we hope to diversify our portfolio and make games, movies, animations and tv series.

But before any such thing happens, we want people to go out and read our comic. If you like it and believe that the content can make a social impact, then please do share it with your friends. The core team of Harbinger ComiX will be in your debt!

We at ProPakistani would like to wish Mohammed Qasim Mehdi and his team at Harbinger ComiX best of luck and hope that they fulfill their dreams and make us proud.