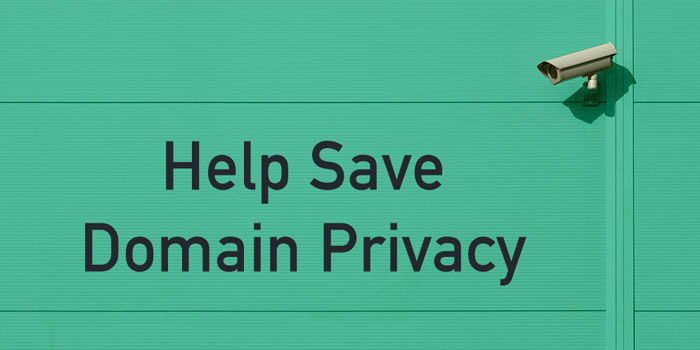 The Internet Corporation for Assigned Names and Numbers (ICANN) has come up with a proposal to force domain name owners to expose their WHOIS data if their websites are used for commercial purposes. A website is usually deemed commercial if runs ads, and given this broad definition, a large number of site owners will find themselves compromising on their privacy.

The domain name overseer’s report further adds that those who have registered websites for commercial purposes would no longer be eligible for proxy registration services, as such services are capable of replacing an owner’s personal data with that of the proxy company’s business for a nominal fee.

A number of companies, including Facebook and brand protection company MarkMonitor, have raised their voice against ICANN’s proposal. They believe that this policy will only lead to malicious activity, and further argue that domain name rules should be brought in line with the global law and policy.

A website is usually deemed commercial if runs ads, and given this broad definition, a large number of site owners will find themselves compromising on their privacy

However, those who developed the proposal already have a rebuttal for such arguments within the report itself. According to the report, fundraising and membership drives are usually carried out by the very groups and organizations that seek privacy/proxy registration for protection.

Two websites, namely RespectOurPrivacy.com and SaveDomainPrivacy.org, are actively campaigning against the proposed change, encouraging others to send form letters to ICANN and demand their right to privacy. ICANN’s policy discussions are already underway and the closing date for comments is July 7, 2015.

To date, there are thousands of comments protesting against the plan, with a majority of the responses coming from the aforementioned campaigning websites. If you want to add yours, simply head to the websites and follow the instructions.