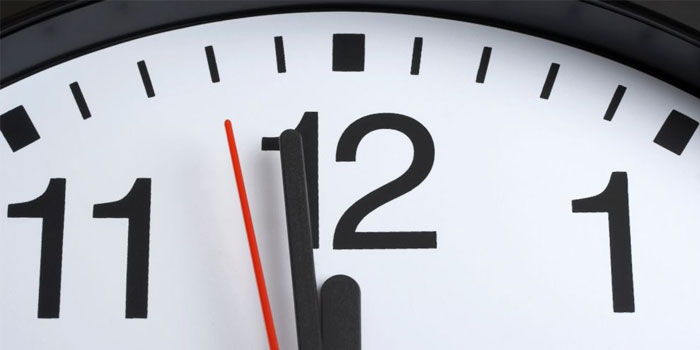 Tonight, the world will receive an extra second of time. The phenomenon, known as a leap second, will be added prior to midnight on Coordinated Universal Time (UTC), which is equivalent to 5 a.m. Pakistan Standard Time.

The UTC was introduced on January 1, 1960, and was designed to contain the timekeeping differences between the atomic and solar time. The very first leap second was instituted back in 1972, and since then the decision to add a leap second is carried out by the International Earth Rotation and Reference Systems Service. Based on the system, clocks will turn from 11:59:59 to 11:59:60 before moving to 00:00:00 UTC on Wednesday.

What’s the difference between Atomic and Solar Time?

Solar time is the time measured by the earth’s rotation relative to the sun. At any instance, solar time can comprise of apparent and mean values. A sundial is used in order to directly observe and measure apparent solar time via the sun. On the other hand, mean solar time is calculated with the assumption that the sun is positioned at the same point, relative to the earth, after every 24 hours. The clocks predominantly used in everyday life are based on mean solar time.

Meanwhile, a system of around 270 atomic clocks defines Atomic Time, where the duration of a second is determined via the vibrations of caesium atoms at various atomic clock intervals. The International Bureau of Weights and Measures in France is transmitted the signals from these clocks, which in turn are used to calculate the International Atomic Time. Atomic clocks are considered to be the most precise in terms of measurement of seconds, and they are estimated to be erroneous by less than a second in 50 million years.

How does the UTC work?

Under the UTC, a day lasts 86, 400 seconds, while the average length of the day based on how long it takes the Earth to rotate clocks is about 86, 400.002 seconds. Scientists are able to monitor the time it takes for the Earth to rotate via a technique called “Very Long Baseline Interferometry”. Based on these measurements, the time standard known as Universal Time 1 is determined. In order to keep Universal Time 1 and UTC within 0.9 seconds of each other,  the addition of leap seconds is instituted via an extra second in the last minute of the month in a given year.

What does this mean for electronic systems?

While electronic clocks generally account for leap years, the same can’t be said for leap seconds, as their calculation relies on several factors. These include dynamics of the earth’s core, variation in the atmosphere and oceans, ground water, ice storage, all of which can vary each year. Such discrepancies can therefore lead to issues in electronic systems.

According to Bloomberg Business, this is the first time a leap second has been instituted during trading hours ever since markets became electronic, resulting in some stock markets shutting down early so as to avoid potential issues.

The last time a leap second was added was in 2012 and many services including LinkedIn reported outages. To avoid any surprises on their own part, Google has been developing a technique called ‘leap smear’, in which the extra second is divided into even tinier bits of time spread over the course of the day.

Let’s see if there happens this time around.