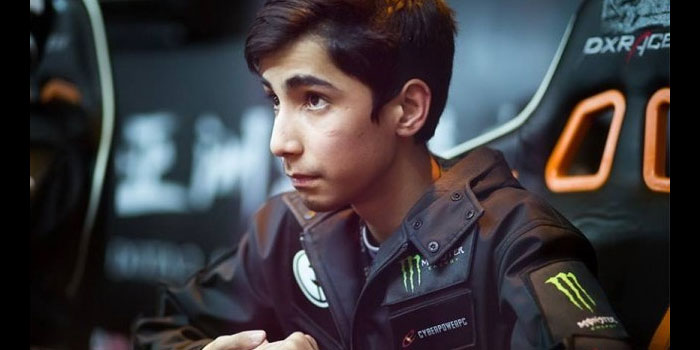 Sumail Hassan has earned himself $200,000 after a month as a professional Defense of the Ancients 2 (Dota 2) player in the US. Originally from Karachi, the 15-year-old moved to Chicago along with his family back in 2014. Being located in the US served as a great opportunity for him, as it allowed him to play Dota 2 on a faster internet connection with less latency and lower pings than he had previously experienced.

Eventually, Sumail shot to fame by doing exceptionally well in the North American in-house gaming league. It was at this point that he caught the attention of one of the biggest e-sports teams, Evil Geniuses. He was recruited by the team’s manager, Charlie Yang, who himself had been a Dota 2 player in the past. Sumail went on to help his team win the Dota 2 Asian championship in China earlier this year in February.

In Dota 2, two teams of five ‘Heroes’ challenge each other in a battle to take over the other team’s base. The ultimate goal is to acquire the opposing team’s Ancient while preventing it from getting yours. While its goal may be simple, the game’s complexity comes from its range of unique characters, weapons, and spells. As an e-sport, Dota 2 offers the opportunity to earn more real-world money than any other game of its kind. Top performers are given the chance to take part in professional tournaments, where teams battle it out for millions of dollars in prize money.

Just prior to his 16th birthday, Sumail’s earnings as a professional gamer amounted to $200,000 in just one month. At this rate, he may end up being a millionaire in a few days, when him and his teammates will compete for the chance to win a grand prize of over $6 million at the International Dota 2 world championships in Seattle’s KeyArena.

Evil Geniuses is the second-highest ranked team going into the tournament, while its rival Team Secret is ranked the highest. The rivalry stems from a number of factors, not the least of which is the fact that Team Secret’s star player, Artour “Arteezy” Babaev, used to play for Evil Geniuses up until last December.

Interestingly, it was his spot in the team that was eventually given to Sumail. It remains to be seen whether Sumail can outsmart Arteezy at the forthcoming tournament, though their matchup will undoubtedly be seen with great interest by Dota fans across the globe.