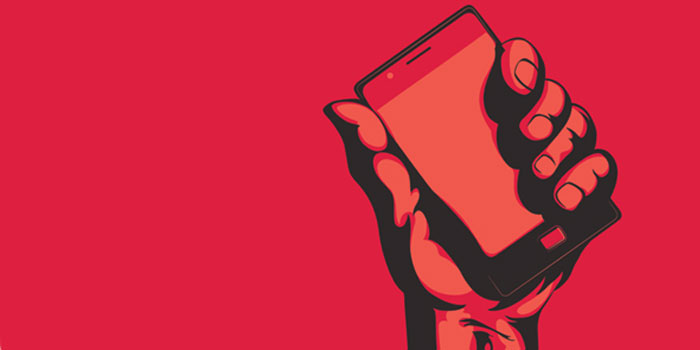 On 1st of September, when majority of the students all over Pakistan were preparing to start a new year of studies – a new chapter in their life – two teenagers were planning to end their lives when they left from their school, situated in Karachi’s Patel Para area. They reportedly carried out their plans in an empty class room while the rest of the school was in the grounds for assembly; the 16 year old boy opened fire on his female classmate, after which he shot himself.

Upon discovery of suicide notes, the reason came to light: their parents were against the marriage of this young couple. While the socio-cultural cause of the suicides is evident, there is every reason to look for complementing factors which played their part in aiding these teens. One of these factors is the increased usage of Mobile Phones among youngsters, which has evident negative consequences.

While the social and cultural reasons are apparent, did increased usage of mobile phones facilitate the incident?

Suicide is among the three leading causes of death among those aged 15-44 years in some countries and the second leading cause of death in the 10-24 years age group, according to a study conducted by World Health Organization in 2012. However, a steady increase in the incidence of suicide committed by youth – especially Pakistani youngsters – is a cause for alarm.

Serving as the threshold between childhood and adult life, teenage is the age when majority of the children decide to take matters in their own hands. But if this confidence turns into impulsive decision making which, aided by technology, puts their lives in danger i.e. suicide, it becomes a matter of public health concern.

Increased mobile usage doesn’t only entail the ease of communication via the late night packages offered by various companies – the negative consequences of which include spoilt teenagers and their studies being affected – but also, a sense of empowerment which results in incidents such as these, especially with a lack of check from the parents’ side.

It is clearly evident from the pictures of their last letters that not only did the teens choose to write them in Roman Urdu – symbolic of the text message language – instead of Urdu or English, but the recurring grammatical errors are also a clear indication of their lack of interest in studies. This shows that they used mobile phones regularly, and that they might have even planned the suicide via text messages or calls, using the midnight packages so easily accessible and affordable.

This makes one question the line between using a gadget and misusing it. In this technological age, when gadgets – especially mobile phones – are so readily available in Pakistan, there is an urgent need to regulate the technological usage of youngsters. The urgency comes from the need to avoid one of the extreme negative consequences mentioned above. This regulation is primarily the responsibility of parents. It can be argued that parents nowadays are less technologically aware than their children, but with public awareness through pamphlets, newspapers and television, parents can be apprised of the severity of the issue.

However, the responsibility of the telecom companies and government cannot be disregarded. Extreme parental control may lead to acts of adolescent rebellion, and in this case, the availability of the text/call packages which these youngsters avail becomes significant. The telecom companies should set a minimum age for access and usage of these packages, and this control should be put into effect by the government through strict policies.

Pakistani youth is the future of this country and that makes not only their parents, but the whole nation responsible for putting them in the right direction and safeguarding their interests and more importantly, their lives.

Therefore, everyone who can take steps toward regulating their technological usage – parents, social circle, telecom companies, government to name a few – should learn a lesson from this tragic event and take responsibility. Mobile phones are meant to make life easier, and when they aid in ending lives, it is definitely a cause for concern.