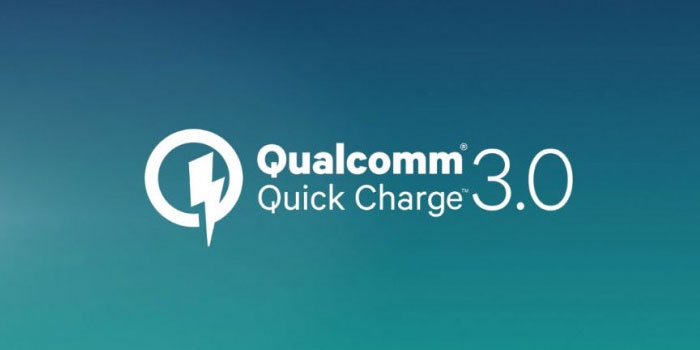 Qualcomm has been using Quick Charge 2.0 on its previous generation flagship chipsets which was capable for charging a phone from 0% to 60% within half an hour. The feature was nothing less than amazing but Qualcomm has gone and done it again. The new Quick Charge 3.0 will be used to power up the next generation Snapdragon powered handsets.

Quick Charge 3.0 also brings other improvements to smartphone charging. Qualcomm uses the new INOV (Intelligent Negotiation for Optimum Voltage) technology with its super-fast phone charging process. The new technology enables the device to determine and request the voltage that is required from the charger.

The new tech also supports a much wider array of charging voltages. Quick Charge 2.0 used 5V, 9V, 10V and 20V. Quick Charge 3.0 can use any voltage from 3.6V to 20V with increments of 200mV allowing the device itself to govern the voltage required for charging depending on usage and conditions. Quick Charge 3.0 is also USB Type-C ready and backward compatible with older Quick Charge versions.