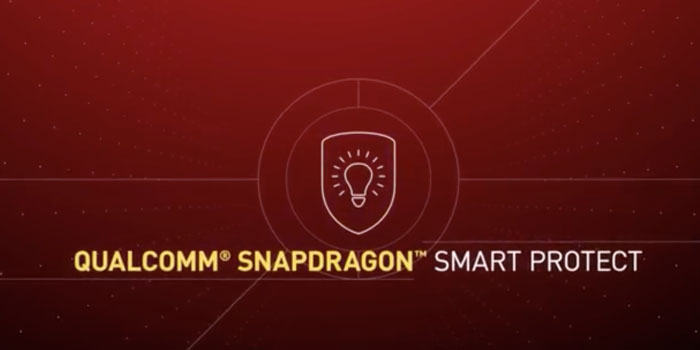 We get it, malware is a pretty big problem for any gadget and it is getting bigger by the day. Yet at least on a mobile device, the best way to fight it is via a memory-hogging anti-virus app, which we aren’t exactly sure work as well as advertised.

Grief not though, because the future looks promising. As is announced by Qualcomm, the next big feature to come with the Snapdragon 820 chip will be hardware-based malware solutions.

Dubbed Smart Protect, the next feature runs on background and monitors any strange behavior in an app. A conventional anti-virus app instead uses an internet connection to download definitions and new software, instead which can take longer, unlike the Qualcomm solution which runs in real-time to quickly detect suspicious behavior. 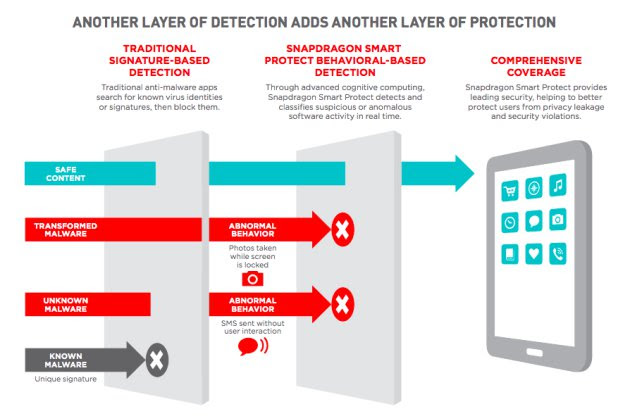 Smart Protect makes use of Qualcomm’s Zeroth machine learning platform which makes use of the 820’s “heterogenous compute capabilities, as well as algorithmic innovations in machine learning and low power sensor processing”. The company will release an API to help other companies make use of the feature. It will also make use of Qualcomm SecureMSM to protect the feature, even if the operating system itself is compromised.

Qualcomm is already working with OEMs and ISVs (Independent Software Vendors) such as Avast, AVG and Lookout to share information with their potential apps.

The processor will be available in the first half of 2016. Hopefully, it will trickle down the Snapdragon food-chain, and eventually every mobile processor subsequently.