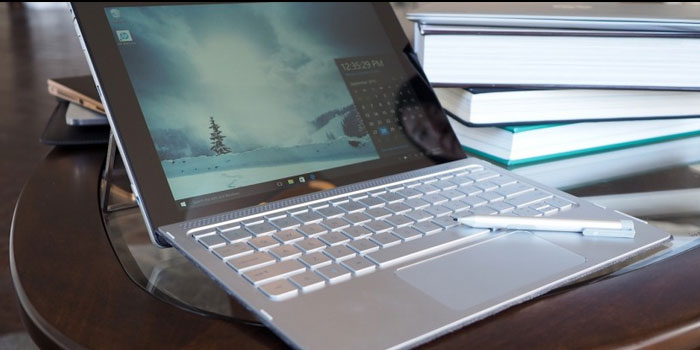 HP has announced the Spectre x2, a laptop and tablet hybrid which seems to be a direct competitor to the Surface Pro 4. There are several differences between Spectre x2 and Surface Pro 4 though, particularly with the design of the former.

Spectre x2’s kickstand is unlike anything viewed on other machines till now. It has a thin bar with a U shape that rests on a flat surface in order to transform the machine into a notebook. Additionally, Spectre x2 has a lower resolution compared to Surface Pro 4 at 1920 x 1280, which is still enough considering the 12 inch screen size.

The starting price of HP’s Surface Pro 4 competitor is $799, and it will running Intel’s 6th generation Skylake Core m3 processor. The more expensive models will be coming with either a Core m5, or Core m7 CPU, while the starting model will have 4GB of RAM present inside it.

The higher end models will have 8GB of RAM, and each model will have 128, 256 and 512GB storage versions. For additional flexibility, HP has also placed an SD card reader along with two USB-C ports that promise higher data transfer speeds. There is also an LTE modem present in Spectre x2, but unfortunately, it will not be compatible with Pakistani networks.

For video calling purposes, Spectre x2 has both a front and rear camera, with the rear one being Intel’s 3D RealSense. HP’s 12 inch tablet will officially be going on sale on November 8, and will be running Windows 10.