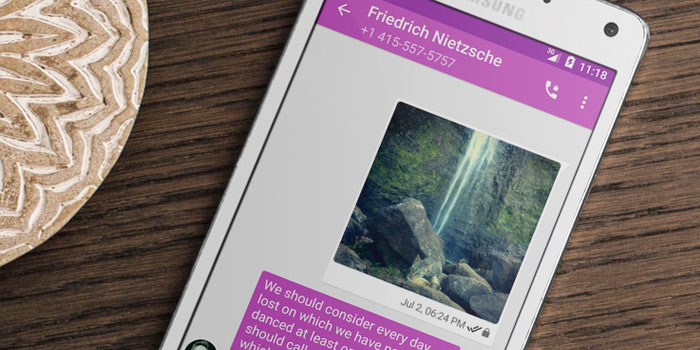 We all know that one person who is freaked out by NSA’s spying, despite having only cat videos on their phone. Well, that person is going to get extremely happy, because the secure-messaging app proved by Edward Snowden is coming to the platform of the masses. In clear terms, Signal is coming to Android.

Signal’s unique selling point is its encryption of calls and texts, and frankly, we can’t see a reason else why Mr. Snowden would prefer a messaging app. It is developed by Open Whisper Systems, an industry veteran with much experience under its belt in this segment.

Its existing apps on Android, TextSecure and RedPhone will get the functionality via an update in the coming few days. They’ll be merged into a single platform, much like their iOS counterparts.

Signal is free, has no ads and offers end to end encryption

Signal doesn’t require any separate log-ins, as it uses your phone number and address book. The company itself has no access to your data, as the entire conversation is encrypted end-to-end. It will be free and has no adverts.

The app has been endorsed by the world’s biggest whistleblower, Edward Snowden who said in a tweet that he uses it everyday.

“I use Signal every day. #notesforFBI (Spoiler: they already know),” the tweet reads.

While alternatives like Whatsapp also reportedly sport the feature, not all have the kind of backing that Signal has. Privacy-obsessed users on the massive Android platform can proceed with their downloads now.