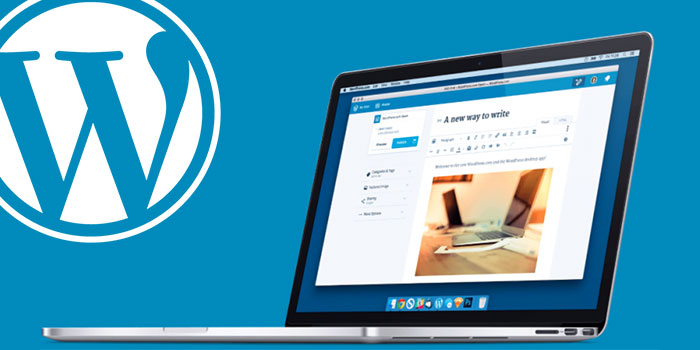 For years, WordPress has enabled publishers all over the world to share engaging content with millions of potential readers and now, this process is about to get even simpler. Previously, posts and articles could be published via WordPress’ online dashboard. But now there is another option.

WordPress has finally debuted its official desktop application, codenamed Calypso, helping you craft posts from the comfort of your computers. Right now WordPress Calypso is only available for Mac OS X users. In our country, there are not a lot of those around thanks to our predilection towards Microsoft’s Windows.

However, WordPress is actively working towards rolling out Calypso for other platforms too. You can be notified when the desktop application for Windows and Linux will officially be released.

Coming to the actual features of the desktop application, WordPress probably realized that opening multiple tabs and windows in order to search for valuable information to add to your post does not exactly translate it into a distraction free process, which is why the app has been developed to provide you with exactly that.

“Use the desktop app to focus on your content and design with no other browser tabs to distract you — or to keep your sites sidelined but accessible. Build your site anywhere, in whatever way helps you get your best work done: the app is powered by the same technology that runs WordPress.com, creating a seamless experience for publishing and browsing whether you’re in a browser, a mobile app, or the desktop app. And all of WordPress.com, app included, is built with new technologies that are faster and smoother. Use the time you save uploading photos or configuring menus to focus on your magnum opus instead. WordPress.com should be nimble enough to keep up with you, today, tomorrow, and ten years from now — and now it is.” Via WordPress.

Have Windows And Linux Users Been Left Out Of The Process?

Absolutely not. The official WordPress blog states that just because the application for Mac OS X has been released first does not mean that Windows and Linux users have been left out completely. However, it has not been stated when the app will officially be launched for both operating systems. If you have a Windows or Linux-powered computer, then you can sign up for updates. At least we know it’s coming, and crafting your posts offline is sure to help a lot of us in light of all the electricity and internet issues we have to face daily.