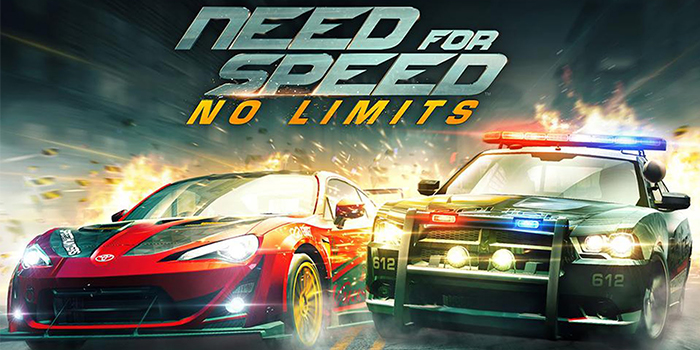 The newly-released Need for Speed: No Limits is looking to be the best Mobile racing game around. The game recently received some graphics renovations that make it one of the best looking games on mobile platforms. Listed by Google as one of the best games of 2015, it is certainly worth a try.

Why is this game such a big hit on mobile devices? Let’s take a look at some of the reasons it’s been praised worldwide.

It Costs Nothing to Play

First and foremost, the most important factor when getting your hands on a game is the price. While some high-end good graphics game cost a pretty penny, Need for Speed: Limits is free to download.  Thankfully this game doesn’t entirely depend on in-app purchases to make it a great experience. The career mode is fair and competitive. A skilled racer can build up resources to buy and upgrade new cars very easily. Gamers who aren’t that much skilled and want an easy way to finish the game will be thankful that the game has the option to buy in-game cash for real-world cash as well.

Not Your Typical Racing Game

Most Racing games limit the gamers to plain old official races, but let’s face it, who wants to race without being a little bad. The NFS series have had storylines and this one also has one. Need for Speed: No Limits starts off with the player getting a stolen car followed by a police chase. The game features street racing. Players take the role of a good guy who’s taking on rival crews to take the top spot. Butting heads with the police, taking on competitors in a high-speed street race and dodging incoming traffic makes this a thrill-ride of a mobile game.

Typical for the racing genre, Need for Speed: No Limits has some pretty great graphics too. The recent update has improved the overall graphics of the game, adding in improved textures, better shading and detailed particles. Racing opponents in a captivating graphical environment is definitely the biggest plus point.

The game wants everyone to give it their all when racing and that’s why there is no accelerator (gas pedal). All you get to do is steer at full speed so winning takes a lot of skill in different types of maps. You can accelerate even more by swiping up your nitrous meter. Just like other NFS games, drafting and drifts get you a nitrous refill boost.

If you download it, it won’t be ending soon. The game consists of over 1000 races. That’s more than what you get on any PC game. 38 race courses, that’s the number of maps you get to race on. There are six classes, each one containing eight different race events with some new introductions like Blockade and Delivery. The game has length, quality and whole loads of variety. It’s not a PC game shrunk down for mobile gamers but a custom-built game for mobile devices.

The game contains over 30 licensed supercars like the BMW M4s, Toyotas, Nissans, Porches, Ferraris, Koenigseggs, Lamborghinis, McLarens and the list goes on. A skilled racer can collect in-game cash and shop the black market to buy, upgrade and build their dream cars.

Gamers can upgrade almost everything like the engine, gearbox, ECU and much more. The biggest modding system on mobile devices can be used to create up to 2.5 million custom build combinations. All of this can be earned and bought (through in-app purchases).

NVIDIA has worked closely with the game developers (they also developed the popular Real Racing 3) to optimize the game for NVIDIA Tegra K1 powered devices. If you get your hands on a device like the Shield Tablet K1, you get a much-improved version of the game. Need for Speed: No Limits on K1 powered Shield tablets has multi-layer road effects, improved particle system, new shadow-mapping and cinematic camera effects. It’s a completely improved gaming experience.

The game is more fun on larger mobile devices like phablets or small tablets but can be downloaded by almost anyone. It’s available for iPhones, iPads, Android Smartphones and tablets.

Play Store version is available here while the iTunes version can be downloaded from here.

Keep in mind it’s over 800 MB in filesize so it will take some time to download.

Here’s a video sneak-peak for NFS: No Limits.