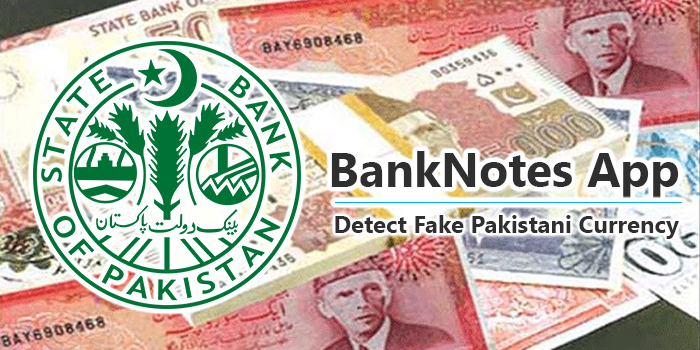 In a detailed report on Oct 2015, the State Bank of Pakistan warned Pakistani citizens about the presence of fake currency notes being openly circulated in the market. These fake notes were ones that didn’t have enhanced security measures in them, a staple feature of notes issued between 2005 and 2008.

After a rising chorus of public complaints by people who unwittingly got duped into accepting these fake notes, the task for SBP was clear.

Prime objective? To educate and bring awareness about the issue of fake currency notes being traded in Pakistan.

We heard rumblings about SBP developing an app to help people identify counterfeit notes in Feb 2015. And now it seems that the State Bank has finally followed through with its promise.

This mobile app for iOS devices (iPad, iPhones) and Android educates you about tell-tale signs behind a real and a fake Pakistani rupee note of any denomination.

To download Pakistani BankNotes from iTunes Store, head here. The app requires a minimum of iOS 8 to work on, though it could’ve easily been backwards-compatible with earlier iOS versions and mobile devices.

Both Urdu and English versions can be used by Pakistani users based on their preference. 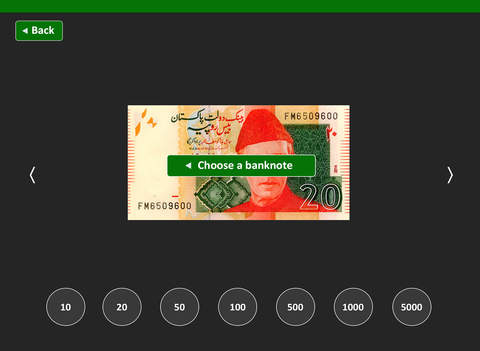 How Does It Help You Verify Local Currency Notes?

The app offers 2 ways to check for authenticity of the Pak currency. One, it gives you the image of a genuine note with UV mode. And secondly, it gives you a peek at signs to look out for (with the help of highlighted numbers as seen below). 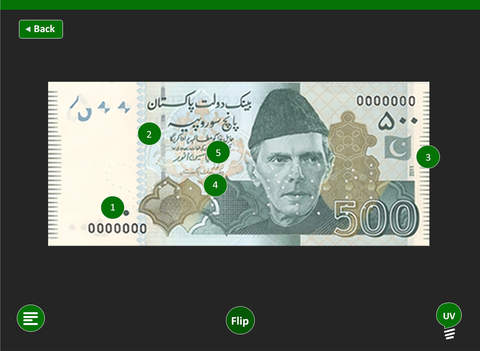 Check the Numbered Signs for Identifying Marks for Pakistani Currencies

Users can flip the currency and view it from both sides from the Pakistani BankNotes App.

Let us know if you found this app useful.