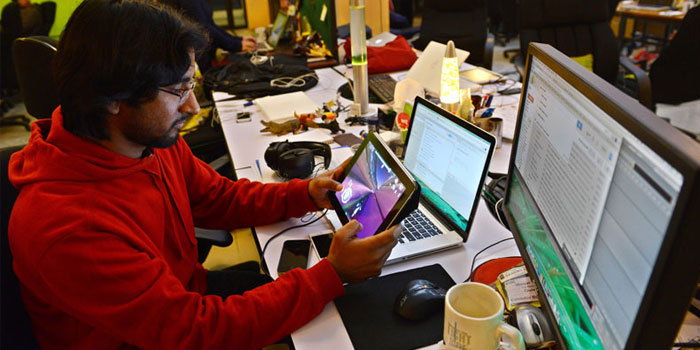 Who’d have thought a country better known for all the wrong reasons like terrorism, bomb blasts and what not, would have one of the fastest growing IT industries in the region? Pakistan is a country with immense raw talent and now the world is taking notice too.

Of particular note are a generation of young game developers in the country, who are building up Pakistan’s reputation as a place for quality work. Among these young and creative Pakistani entrepreneurs and gamers are people like Shahid Ahmed, who won Develop Industry Excellence Award in 2014 for his immense contribution for Sony Entertainment. Perhaps the most well known e-sports Pakistan star is Sumail, who made history when he helped his team win Dota 2 Asian Championship earlier this year.

According to a report, Pakistan employs more than 25,000 people in software exports, and a rising number of them are making inroads into video game development as well. There are many start-up companies established by young developers like Mindstorm, Kwick Games and Caramel Studio to name a few.

Pakistani developers have come up with innovative apps like Groopic, Whacksy Taxi, Ranger Sniper Shooter 3D and Stick Cricket which got recognition from international media. In fact, Whacksy Taxi became one of the most downloaded apps in 25 countries, reflecting increased confidence in the technical and aesthetical influences that permeate Pakistani game development.

These success stories emerging from Pakistan caught the attention of internationally recognized game developers like UBISOFT, EA, Microsoft Studios, SONY Entertainment and MTV Games. Islamabad based We.R.Play came up with a game called Dream Chaser, which was published by the Chillingo, a division of EA, one of the biggest game publishers in the world.

According to a PAS report, Pakistan will have 40 million smartphone users by the end of 2016. As the trend is shifts towards Smartphones for casual gaming, Pakistani developers are proving to be quick and receptive to the change in gamer’s habits.

Pakistani game makers have developed several apps targeting the local market. And we all know how obsessed with politics Pakistanis are. For that purpose, Pakistani developers keep an eagle eye on national affairs and come up with popular game concepts based on the prevailing national mood. One of the games that tap into the public consciousness is Extreme Metro Run, which depicts the rowdy nature of our society. The objective of the game? I suppose most people have already tried the game and found out. :)

Pakistani game developers are quick and receptive to change, with multiple apps and games that reference pop culture

According to the reports, the trend has shifted from console games to social media and mobile games. Furthermore, the research also states that the game industry is likely to become a $41 billion-worth industry by 2017. These estimates are well-taken by our entrepreneurs as they are planning to capitalize on the potential. They are also collaborating with international investors to become more well-known in the gaming industry.

Despite Encouraging Signs, There Are Challenges to Overcome

The IT industry in Pakistan generates more than $3 billion in annual revenue. Despite this, several challenges are faced daily by our IT industry and professionals in Pakistan. One of them is the gap between IT industry and academic institutions. Students are not encouraged and brought to a platform where they can exhibit their talent. Similarly, growing instance of cyber crime and societal attitudes keep our local smartphone users reluctant when it comes to using their credit/debit cards online. This, sadly and ultimately, drives our game developers to look towards international markets that are ripe for in-app game purchases.

With all these problems there’s a silver lining as organizations like PASHA (Pakistan Software Houses Association) are working to make the game development scene (and IT industry in larger context) more business-friendly for aspiring game designers and companies. According to recent reports, Pakistan is now listed in anti- money laundering body Financial Action Task Force (FATF) white list that supports standardized E-payment systems globally. This move is reflected by the current development regarding inviting PayPal, Amazon and other giant online-stores in Pakistan.

Similarly, with rapidly increasing 3G and 4G LTE users in Pakistan, investors from China and Europe are gradually coming, so we can expect our IT industry to grow. If current on-going talks with foreign investors come to fruition, then the IT industry will prevail at a rapid pace in the future and the game development industry along with it.