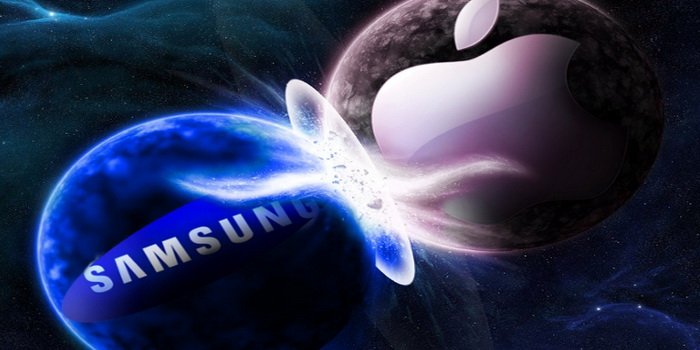 Samsung and Apple are the biggest smartphone manufacturers in the world and take up the top two spots in the global smartphone shipment ranking. Despite making huge profits and selling a massive number of devices, things aren’t look too good for the rival companies.

Apple revealed its financial numbers yesterday, along with a claim of more than 1 billion active Apple devices, reporting $75.9 billion in revenue and $18.4 billion in profit from all its sales in its first fiscal quarter. The recorded numbers were the highest ever by a public company. Apple’s first quarter results are always great due to the holiday season and the new iPhone releases. Every year, iPhone sales beat past year’s record except this year. Q1 2016 was the first time ever that iPhone sales did not meet sales expectations and Apple sold about roughly the same number of iPhones (74.7 million) that it did in 2014 (74.5 million), a miniscule increase by Apple’s standards.

That’s still a remarkable number of devices to ship in three months but it still makes one wonder, why did growth slow down this time around. Apple may have made huge profits and sold plenty of other gadgets but the smartphone sales went down this time. The same goes for the iPads which have been showing a decline for more than a year now.

There can be several explanations as to why the growth is decreasing. First off, iPhone 6s and 6s Plus offer the same design as their predecessors. Despite offering internal hardware improvements, the ‘s’ series iPhones haven’t been record setters. Then comes the matter of innovation. The American company was renounced for bringing innovations (marketing better uses for old inventions), but that seems to be missing for the past few years as the smartphone giant seems to be playing catch-up to Android manufacturers these days.

Apple’s CEO, Tim Cook, also pointed out that global economic conditions weren’t great for retail. Established economies like Canada and UK and rising markets like Brazil and Russia were facing declining currency values which resulted in less spending power for consumers. “We’re seeing extreme conditions unlike anything we’ve experienced before just about everywhere we look,” he said.

Now comes Samsung’s part of the story with respect to global smartphone sales. While analysts expected Samsung to have gained where the iPhone sales were showing slower growth, that observation didn’t come to fruition. Samsung fell short of financial estimates, that too by a massive 40 percent. The Korean giant made ₩25 trillion ($20.67 billion) in revenue and ₩2.23 trillion ($1.84 billion) in profit from its mobile and IT department. The numbers look good but when looking at it in context of what Samsung made in 2013, it’s a no-no. In hindsight, Samsung made $30.3 billion in phone sales coupled with $5.55 billion in profits during 2013.

Samsung is into more than just the business of selling smartphones. Not only does the company make and sell more smartphones, it manufactures smartphone components for other companies as well. Therefore, Samsung’s decline is a definite indication to the slower and tougher market conditions. 2014 wasn’t a good year for Samsung and 2015 proved to be a year for the company to recover.

The path to that recovery proved far more difficult than expected. While the company took some risks by offering phones with different and new designs in 2015, it failed to gamble with the important factor. Samsung failed to expect how the customers would take its new curved “Edge” models and came up short in supply, resulting in price cuts for the regular flagship models just to make them sell more. In other words, Samsung’s own Edge models cannibalised the regular S6’s sales and the company was forced to reduce its profits from its flagship phones.

Samsung moves most of its devices to emerging markets where the inexpensive models are in great demand. For the past two years, Xiaomi and Huawei have taken over Samsung in the low and mid range category as they sold more devices in China and India than Samsung could. The Korean company saw a sales growth of only 0.8 percent in 2015. The same two companies were responsible for Apple’s decline in China and India too.

And, of course, Samsung is the biggest chip maker for Apple, so a decrease in Apple’s growth means a decrease in Samsung’s profits. The same goes for any other entwined companies which supply components to market leaders like Samsung and Apple. Samsung’ chip, display and memory business saw share values decrease by 9 percent over the past year.

However, thanks to cost controls by Samsung, operating profits increased by 14 percent in the mobile division and 3.7 percent in the chip division. Despite a 50% decrease in DDR3 RAM modules, Samsung managed to churn out some profits. The displays division saw its profits decrease by 36 percent while TV & Home appliances unit saw an increase of 400 percent to cancel out the decreasing profits in other divisions.

What to expect now?

A sustainable business model requires promptly handling changing economic situations, churning out technical innovations and learning about the changing trends in consumer requirements. As of now, both companies have a similar answer, they are expecting an increase in choices to be the solution. Samsung will be bringing high quality mid-range devices like the Galaxy A9 to China along with the rest of the A and J series. Qualcomm is now working with Samsung for its latest flagship chipset which should help both companies in the coming days. The company is also expected to announce its next flagship, the Galaxy S7, sooner than expected. Same goes for Apple which is also hard at work with its next iPhone and is hoping that a smaller and updated iPhone 5s like model will bring back the small phone lovers.

Samsung and Apple can hope that global economic change will result in positive sales trends this year. Whether the last three months or the past year was just a fluke or a worsening trend remains to be seen. One thing is certain though, nothing stays permanently and market forces like changing user requirements will always have an effect on these companies.

The future doesn’t seem very bright too as IDC recently made a grim forecast alongside this year’s number. The research firm said that global slowdown in smartphone sales growth was expected but 2015 brought unexpectedly poor results. Worldwide smartphone shipments grew by less than half of what was seen in 2014. Next year, 2016, is poised to bring even more reduction in smartphone sales growth due to an increasingly saturated market and low-profit manufacturers like Xiaomi. Whatever the case, Apple and Samsung need to up their game in this changing market and take more risks to stay relevant in the coming years.