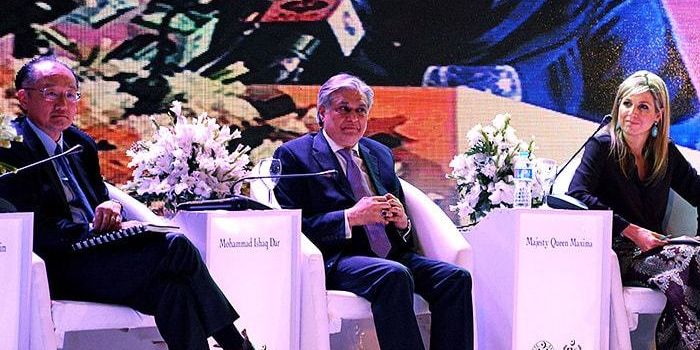 President of the World Bank, Jim Yong Kim, has pressed upon the matter of economic reforms in Pakistan. During his two-day visit to Pakistan, the first by a World Bank president in more than a decade, he has asked Pakistan to maintain its momentum of reforms to achieve a higher pace of economic growth. He especially stressed on decreasing poverty levels and on transforming the energy sector instead of going for a privatisation policy.

During his meeting with Prime Minister Nawaz Sharif, Mr. Jim Yong Kim said “Pakistan has a great opportunity to become more ambitious in reforming its economy so that more people are lifted out of poverty more quickly and prosperity is more widely shared among its people.”

He also went to visit the Institute of Business Administration (IBA) in Karachi. While addressing the students, women entrepreneurs and other representatives of private sector in Karachi, he encouraged them to step up and take a bigger role in the creation of jobs. The World Band President said that job for the youth and women will assist in strengthening the country’s economy and improve the investment environment in Pakistan.

A World Bank statement quotes Jim Yong as saying that,  “Now is the moment for Pakistan to step up to a higher level of growth and opportunity for all its people.” He said that Pakistan’s economy is stabilising and during his meeting with PM Nawaz, pressed for coming up with reforms which could unlock the country’s true potential.

When conversing with the Prime Minister and Finance Minister Mr. Ishaq Dar, he asked them to strive for a greater level of ambition when considering economic reforms. He said “These could include strengthening the role of the private sector for job creation, accelerating energy reforms, making improvements at the community level for health and education, and ensuring anti-poverty measures are effective at reaching the poor.”

Both sides also discussed a Development Policy Credit Loan with an amount of $500 million to endorse economic reforms. World Bank also put out a forecast stating that Pakistan’s economy will grow at 4.5% during the current fiscal year, 1 percent lower than the official target and much less compared to the minimum of 7%, which is required to absorb the youth entering the market.

Nawaz Sharif acknowledged World Bank’s assistance in Dasu Hydropower project and the Tarbela-IV extension project. He said this will really help in easing the energy crisis and reduce dependence on expensive fossil fuels. The World Bank is currently investing in 26 lending projects worth $4.99 billion in total. All of these projects are in the implementation phase.