PTCL Group recorded a profit of Rs 1.86 billion during FY2015, 52% percent lower than of what it profited during FY2014 but it successfully managed to turn its losses during Q3 2015 into profitability, showing a good sign of its business growth and financial management. During 2014, the profit for PTCL Group was recorded at Rs 3.96 billion.

The profit of telecom group is not only an achievement for PTCL group but it also reflects improvement in the business climate of the country specially for the telecom sector which invested heavily in new ventures.

The Group overall revenues also contracted by 7.6 percent to stand at Rs 118 billion in 2015 against Rs 129 billion recorded in 2014, according to official financial results announced by the company. 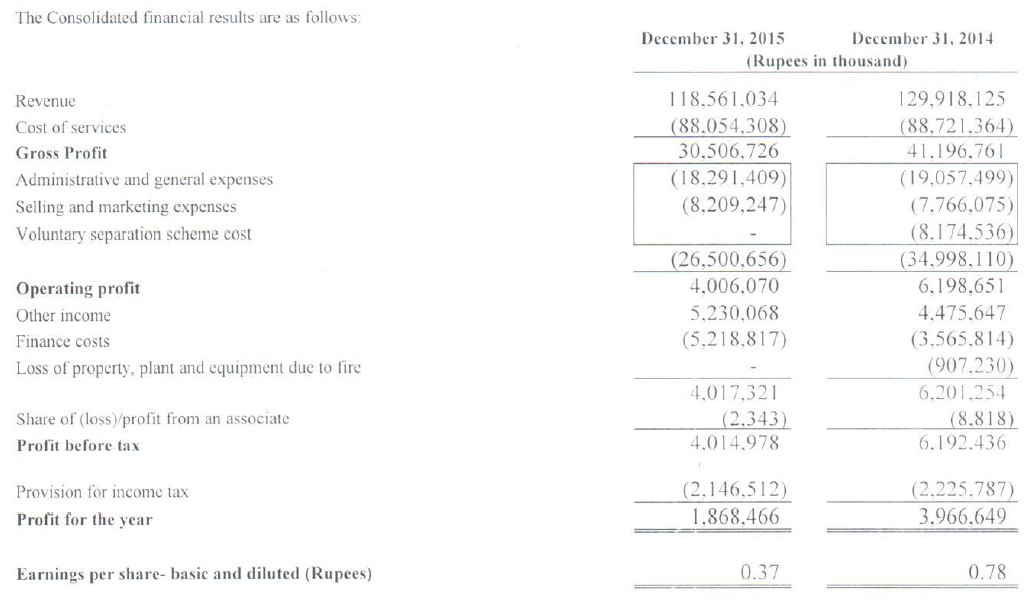 Analysts said the performance of the PTCL group improved due to stability in the business of its subsidiary, Ufone, which generated handsome cash flows due to increase of use in data services on its network.

Its cellular phone company is witnessing a better situation despite competition due to taxation relief by provincial government of Punjab last year which impacted positively on its revenue streams.

Besides, PTCL’s broadband businesses has been stable throughout the year including its DSL and EvDO services. Smart Tv has been its emerging sector whereas its revenues from LDI sector witnessed improvement as well.

PTCL has lately started to bank more on its corporate service which has been an emerging sector with landline voice services. 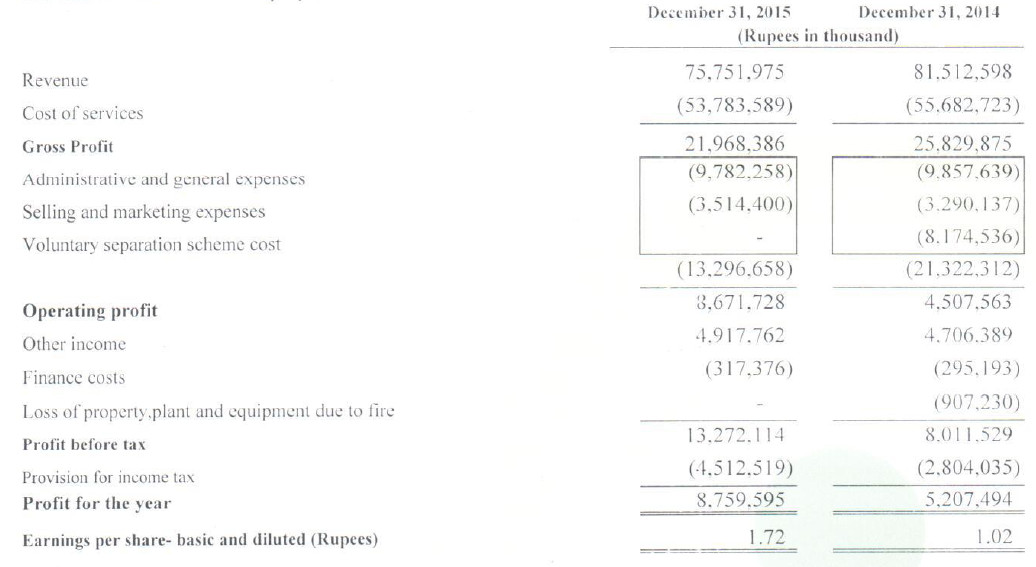